As you know this blog is about helping you and I both  to become extraordinary, which I believe is possible if one wants it badly enough.

If you don’t see extraordinary people all around you, look closer.  For instance there was a boy born in Tupelo, Mississippi on January 8, 1935.  He was likely viewed as just another ordinary child, but he was far from ordinary.  He would become the King of Rock and Roll, Elvis Presley.

Perhaps, not as extraordinary, but still extraordinary are those individuals who ran in the various New Year’s Eve races, such as the 5K race that was held on Belle Island, in Detroit, on New Year’s Eve.  It does take a bit of courage to go out and face the wind and cold on a New Year’s Eve in many parts of the country.

In last week’s poll on clothing the majority, 55%, selected feeling comfortable as the primary reason for their clothing choices.  Those who selected “comfort” can feel comfortable that they are in the majority.  And for the 20% that selected “looking good”, I thank you for helping to keep the world beautiful 🙂

A man appears before St. Peter at the pearly gates.

“Have you ever done anything of particular merit?” St. Peter asks.

“Well, I can think of one thing,” said the man.

“Once when I was in the Black Hills of South Dakota, I came upon a gang of macho bikers who were threatening a young woman.

I told them to leave her alone, but they wouldn’t stop.

So I went up to the largest and toughest looking biker and ripped out his nose ring and threw it on the ground, saying, ‘I said to leave her alone.'”

St. Peter was impressed. “Wow, when did this happen?”

“Just a couple minutes ago.”

Courage comes in so many flavors and it is such an individual act.  Something that seems like nothing at all, may take a great deal of courage for some individual.  And for still another individual, the courageous act that so many of us applaud may be nothing special to that particular individual.  I tried to make this week’s poll an example of the many different flavors of courage.

Sometimes courage is the quiet voice at the end of the day saying,

I will try again tomorrow.

SELF-HELP BOOKS IN ADDITION TO MINE

Since this is the week of Elvis Presley’s birthday, I had to recommend the following book, which like my book is an easy read, entertaining and contains some good advice. 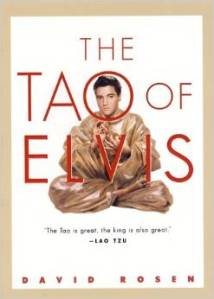 Determined to make her own path in life, Princess Merida defies a custom that brings chaos to her kingdom. Granted one wish, Merida must rely on her bravery and her archery skills to undo a beastly curse. (Source:  IMDB)

Please pass this blog on to your friends, if you feel it is of any value.  And if you have ideas on how to make it better, please let me know at HarmonyBooksFilmsLLC@comcast.net