I like this book in spite of its 30- Day foolishness. My experience gives me the impression one can’t change much of anything about themselves, let alone in 30 days. Also, I find the value of this book has to do with enhancing  one’s character, the tie to work is tenuous at best. Perhaps, because this book was written in 1985 and Denis Waitley was a bit of a work guru.

Anyway, I think what the book has to say is very worthwhile.

The Joy of working

By Waitley and Witt

I found this to be entertaining, if one doesn’t have too high of expectations.

Josephine Chesterfield is a glamorous, seductive British woman who has a penchant for defrauding gullible men out of their money. Into her well-ordered, meticulous world comes Penny Rust, a cunning and fun-loving Australian woman who lives to swindle unsuspecting marks. Despite their different methods, the two grifters soon join forces for the ultimate score — a young and naive tech billionaire in the South of France.

I believe I remember seeing this on the Ed Sullivan show in 1964; but, I’m not certain, as it was 57 years ago. 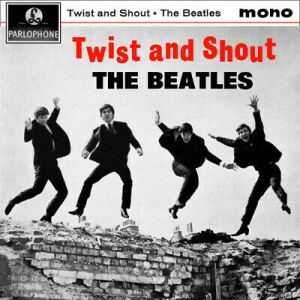 Who would have predicted early Beatles would evolve into

This starship has the designation FX6-1995-A. It’s in Vulcan, Alberta, Canada, Earth. It was unveiled on Saturday, June 10, 1995.
The plaque greets visitors in the English, Klingon and Vulcan languages.
The name of the starship comes from Vulcan Airport’s identifier of “FX6” while “1995” was the year it was unveiled and the letter “A” signifies the town’s first major project that was launched in pursuit of the development of the science and Star Trek theme.

EXTRAORDINARY FRIEND  OF THE WEEK

For Those That Don’t Get The Joke