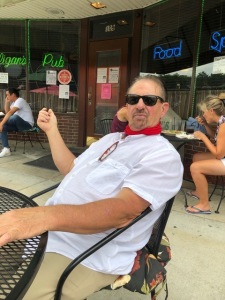 Many  people don’t know it, but Chef Ronaldo is also very much into health. This week, Chef Ronaldo shows you how to burn 1,000 calories in just 45 minutes.

If you don’t understand poetry, this entertaining movie should give you some insights. My copy of the movie is in Italian with English subtitles. If  you cannot watch a film with subtitles, you probably will not like this movie even if it were in English.

I understand the lead actor put off a heart operation to make this movie and died just before the movie was completed. Personally, I thought the actor made a wise decision, since through this movie he will live much longer.

I’m In A Hurry 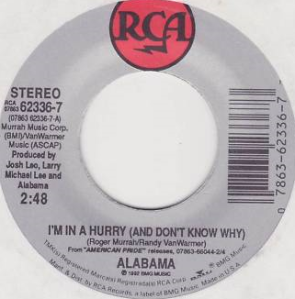 I think it is helpful to learn about people like Cpl. Pat Tillman, Jr. He did not let money nor fear keep him from what he felt he needed to do.

Patrick Daniel Tillman Jr. (November 6, 1976 – April 22, 2004) was an American professional football player in the National Football League (NFL) who left his sports career and enlisted in the United States Army in May 2002 in the aftermath of the September 11 attacks. His service in Iraq and Afghanistan, and subsequent death, were the subject of national attention .(Source: Wikipedia) 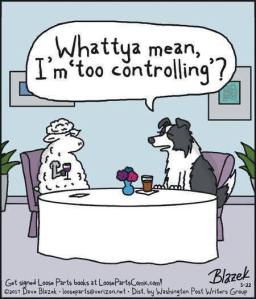 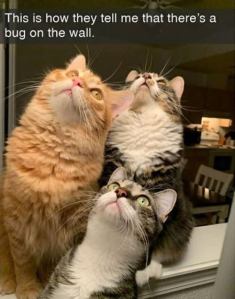 This deer has been visiting our backyard every week or two since December.

We are entering grilling season and World Famous Chef Ronaldo wants everyone to participate in grilling season, including those of you that don’t have a grill.

Here is Chef Ronaldo’s solution to grilling for those of you who don’t have a grill.

This is a nice little book that might inspire you to live up to your true nature.

THE HERO CODE is Admiral McRaven’s ringing tribute to the real, everyday heroes he’s met over the years, from battlefields to hospitals to college campuses, who are doing their part to save the world. (Source: Book itself)

I’m doing my best on this blog to try to be non-political, since I have no desire to offend half my audience, unlike a number of major US corporations that feel they can do nicely with half their customers. Let’s see how that works out for those corporations.

I was unsuccessful watching a movie or show that I could recommend to you folks, so I would suggest that any show or podcast you can find with one or especially both these individuals will be well worth watching. They are funny and yet make a good deal of sense.

Soak Up The Sun

Shadow art is a unique form of sculptural art where the 2D shadows cast by a 3D sculpture are essential for the artistic effect. 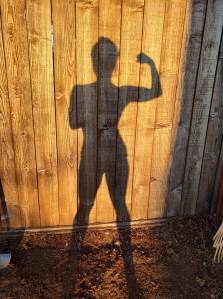 And you can add images to the shadow

The Citizens of Detroit

Detroit has gone through some difficult times over the years and knows something about violence. I spent the entire 1967 riots a few blocks from Woodward and Grand Blvd at Pallister St.

Over the years it has been hard to believe one day Detroit would be the example of reason and responsibility, but I believe it is. The credit goes to Detroit Police Chief Craig and The Citizens of Detroit.

Detroit Police Chief James Craig is responding to comments from US Congresswoman Rashida Tlaib (D-Michigan) made in the wake of the Daunte Wright death at the hands of a white police officer in Brooklyn Center Minnesota.

“When you look at reckless comments made by those who sit … in elected seats of influence, and you make reckless, disgusting comments that do nothing but inflame tensions,” Craig said. “That’s not being responsible. That’s not leadership.”

Craig minced no words addressing Tlaib’s original tweet calling for the end of policing and incarceration. Her remarks were in response to Officer Kim Potter’s shooting and killing of Wright, 20.

“It wasn’t an accident. Policing in our country is inherently & intentionally racist. Daunte Wright was met with aggression & violence. I am done with those who condone government-funded murder. No more policing, incarceration, and militarization. It can’t be reformed.” 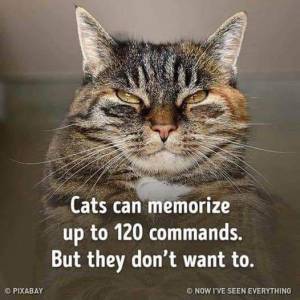 I didn’t think I was that well prepared for my last contest on March 14, so I added an extra day to my training (four days a week now) and spending two to three hours each training session. 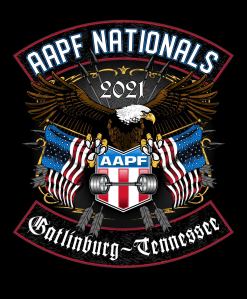 I’ll know May 2, if my hard work will get me to where I want to be for this contest. Regardless, it is going to be a great experience.

I strongly recommend strength training, regardless of your age–I’m 74.

Strength training not only adds life to your years, but years to your life. 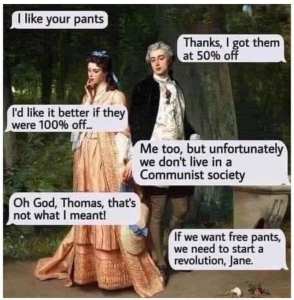 Last week for Easter, Chef Ronaldo taught us how to make holy water. This week Chef Ronaldo is going to share with us his recipe for making tea.

This book is a bit dated in a few parts, but overall it presents some good ideas for achieving a life of peace and well-being by making your life more simple.

If this book is a bit too dated for you, no doubt you can find other more current books on this topic.

Watching this entertaining series among other things is a good way to learn about Prince Phillip. 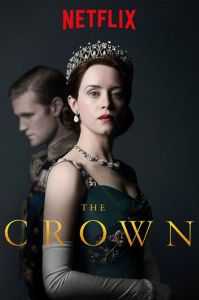 For your viewing pleasure, I have obtained some rare footage of Beethoven’s Second Fifth. 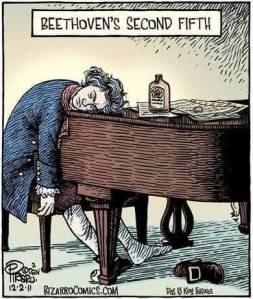 I thought these coffee cups were interesting 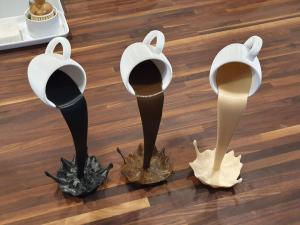 Prince Philip, Duke of Edinburgh (born Prince Philip of Greece and Denmark; 10 June 1921 – 9 April 2021) was a member of the British royal family as the husband of Elizabeth II.

Philip married the then-Princess Elizabeth in 1947, following distinguished service in the Royal Navy during World War II. Together, they had four children — Charles, Anne, Andrew and Edward — eight grandchildren and 10 great-grandchildren.
When Elizabeth ascended the throne in February 1952, on the death of her father, George VI, Philip’s lifetime of service as royal consort began.
Over the decades, Philip often accompanied the Queen on royal engagements, and conducted thousands of his own solo appearances. He once referred to himself as “the world’s most experienced plaque unveiler,” while the Queen lauded him as her “constant strength and guide.”
Philip continued making public appearances well into his 90s, retiring only in August 2017. (Source: CNN) 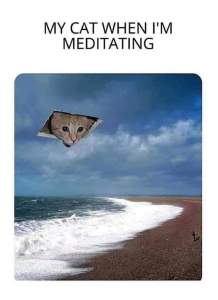 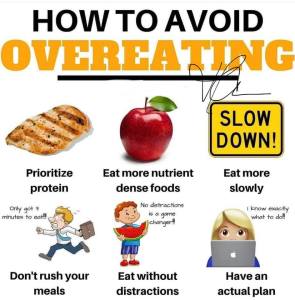 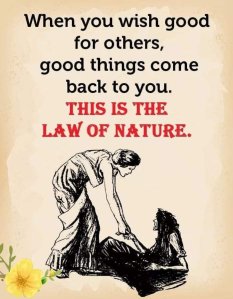 Georgia’s new voting law requires a drivers’ license or state ID number be listed to submit an absentee ballot to vote, among other new reforms. The state already required ID to vote in person. It had previously relied on signature matching to verify ballots.

Coca-Cola Chairman and CEO James Quincey issued a statement Wednesday night saying the company is “disappointed in the outcome of the Georgia voting legislation.”

And yet Coca-Cola required a valid photo ID for admission to their shareholder meeting. 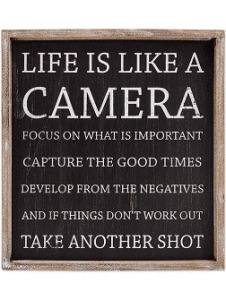 Freighter Stuck In The Suez Canal

Folks, maybe you heard about the freighter that was stuck in the Suez Canal and the harm it was causing. Here is a photo of the freighter being freed. 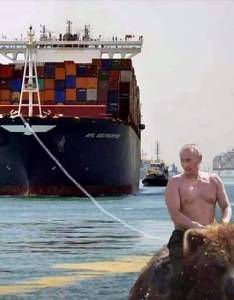 There are a number of versions of this book available. My copy came out in 1989, but I think the next time I read this book, I will acquire a more recent version.

The Life and Morals of Jesus of Nazareth 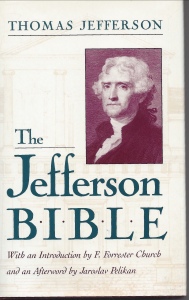 In the early nineteenth century Thomas Jefferson, third President of the United States and principal author of the Declaration of Independence, conceived the idea of extracting a gospel purified of what he saw as extraneous philosophical, mythological, and theological elements.

To do so, he took verses from the four canonical gospels and arranged them into a single narrative, focusing on the actual words of Jesus. This work was never published during Jefferson’s lifetime, but was inherited by his grandson and printed for the first time in the early twentieth century.

The original bound manuscript, often referred to as “the Jefferson Bible,” is held by the United States National Museum in Washington.

This film isn’t for everyone, actually I think it is for very few people. I’ve seen it a few times and I still find it extremely interesting and worth trying to figure out what it is saying. 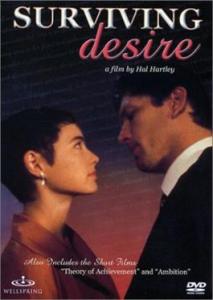 Here is some art with a powerful message.

Since it is Easter, why not.

So far the “Cancel Culture” hasn’t come after Bugs Bunny, at least to the best of my knowledge.

In the past, the World Famous Chef Ronaldo taught us all how to make Holy Water. Given that it is Easter, I thought it might be helpful to bring this back. 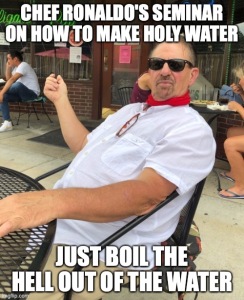 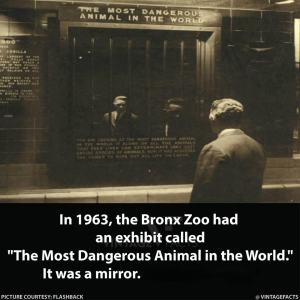 I did some fact checking and found this to be true. I fact check everything on this blog. As for the things I really like but can’t find any factual support, I normally add, “If this isn’t true, it should be.” That phrase wasn’t necessary this time. 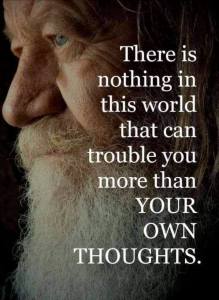 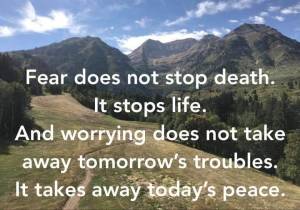 I’ve been struggling with how to create a poll that would allow multiple answers. I am going to try again with this test poll.