A picture is worth a thousand words, so below is my 1,000 words on the Brussels terrorist attack.

One way you can tell if you are eating healthy is to look at how colorful the items are on your plate. 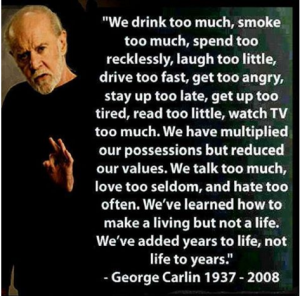 Below is the key for people to think you are a great conversationalist.

Eastern philosophies encourage one to think about their death each day, so that they will make the most of each day.  The question each of us has to answer for ourselves is whether how we go about spending the precious gift of another day.

The picture below may help some of you answer that question. 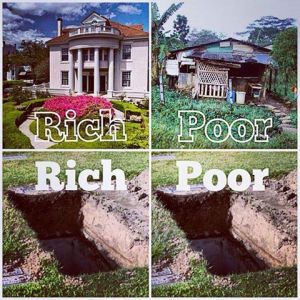 Be Your Own Life Coach

There are a number of books about being your own life coach, including one with this very same title.  However, this is the one that I read and I thought it was rather good.  You may want to give it a try.

I applaud Matt Damon for trying to rescue the viewers of this film from total boredom; nevertheless, do yourself a favor and skip this film.

When astronauts blast off from the planet Mars, they leave behind Mark Watney (Matt Damon), presumed dead [from boredom after watching this film] after a fierce storm. With only a meager amount of supplies, the stranded visitor must utilize his wits and spirit to find a way to [stop this film to survive] survive on the hostile planet. Meanwhile, back on Earth, members of NASA and a team of international scientists work tirelessly to [change the channel] bring him home, while his crew mates hatch their own plan for [doing something other than watch this film] a daring rescue mission. (Source:  Obviously, the words in red are mine).

Now here is a film that is worth watching.  The film also provides some examples of both the noble and ignoble  human character. 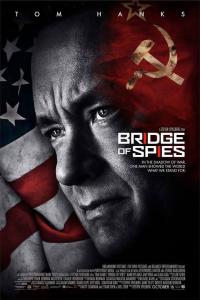 During the Cold War, the Soviet Union captures U.S. pilot Francis Gary Powers after shooting down his U-2 spy plane. Sentenced to 10 years in prison, Powers’ only hope is New York lawyer James Donovan (Tom Hanks), recruited by a CIA operative to negotiate his release. Donovan boards a plane to Berlin, hoping to win the young man’s freedom through a prisoner exchange. If all goes well, the Russians would get Rudolf Abel (Mark Rylance), the convicted spy who Donovan defended in court.

THIS WEEK POLL – You

This week’s poll is about you, the readers of this blog–could I ever find a more interesting topic.

Tight Connection To My Heart

(Has Anyone Seen My Love)

René Magritte is my favorite painter/philosopher and in support of the people of  Brussels, Belgium; I thought I would select art from a Belgium artist, who is also my choice for the Extraordinary Person this week.

In May 1940 his home was invaded by the Nazi during World War II and Magritte fled with his close friends Paul Eluard and Scutenaire. It would be easy to assume then that this painting was about the German occupation of Belgium and Magritte’s homesickness about having to flee the country he loved. Certainly this is an emotional component of the painting but there’s much more.

René Magritte (21 November 1898 – 15 August 1967) was a Belgian surrealist artist. He became well known for a number of witty and thought-provoking images. Often depicting ordinary objects in an unusual context, his work is known for challenging observers’ preconditioned perceptions of reality. His imagery has influenced pop, minimalist and conceptual art. (Source: Wikipedia)

A foreman tells Joe he needs to work in Area A today.

Joe says, “If you send me over to Area A, you are going to have to first write me a pass to see the Plant Nurse.

The foreman says, “Why?”

Joe says, “Because of my eyes.?

Joe says, “I can’t see myself working in Area A.” 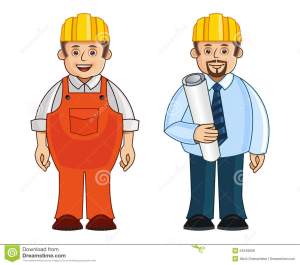 Thanks to all of you who looked at my post last week for a record-setting 218 views.

I also want to thank Samantha, Carol, Ed & Kathy and Dave & Jan for commenting on last week’s post.  Comments are so encouraging.

Purpleanais & Aquileana,  thank you for following this blog and bringing the total number of blog followers to 51.

If you think this blog has any merit, please pass it on to your friends.  Hopefully, more of you will continue to share this blog with others. My thanks to Joanne, Cheryl y Theresa for sharing my post last week.

Mother-in-Laws are often the butt of many jokes and overall I think they get a bad rap.  My mother-in-law died last week.  I don’t think I’m that unusual in being able to say, “I had an absolutely fantastic mother-in-law.”  Here she is, with her bags packed, and on her way to heaven. 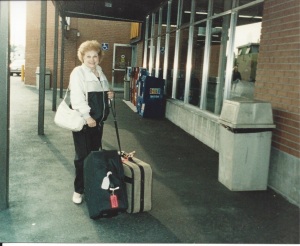 I’m so glad that last Christmas I had a trophy made up for her saying “Delores Perkey, World’s Best Mother-in-Law”.  If you also have a fantastic mother-in-law, why not present her with a trophy saying so.  I’m sure it will be something that she will treasure.

Saturday, I had the opportunity to hear travel tips directly from Rick Steves, who was speaking at the Music Hall in Detroit.

His travel videos are available from a number of sources and are very entertaining and informative to watch.  If you want to be extraordinary, it helps to go out and see the world.  It is easier than you might think.

I have no idea how long I have been reading Frog & Toad, nor how many times I have read these books, or even how many copies I’ve given to parents for their children.  They say the book is designed for children 4 to 8; but in some ways we are all a child at heart.  If you are looking for a gift for a child, I strongly recommend a Frog and Toad book.  It contains a lot of wisdom in an easily digestible style.

I suspect not many of you have ever been to a weight lifting competition, so here is a very short clip to give you an idea of what it is like. 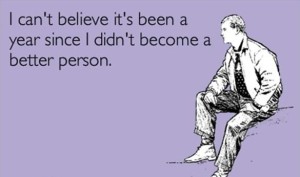 25% of you have wishes, but nothing specific

22% of you set goals that are specifically measurable

19% of you monitor via action plans your goal accomplishment progress

17% of you don’t bother with goals and another 17% set specific goals and develop action plans.

Interestingly enough, I used this same poll last year about this time and these were the results:

25% have wishes, but nothing specific

60% set specific goals that are objectively measureable. In addition some of you in that 60% category also develop action plans to accomplish those specific goals and others even go so far as to monitor progress. 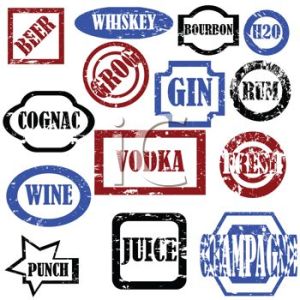 Folks, during the Christmas and New Year’s Eve Holidays, there is a lot of drinking going on, so I thought bringing back a poll on drinking may be relevant, plus it gives me a chance to say, “If you drink, drink responsibly and be very careful with driving so that we all have a safe holiday.

Given the theme of this post, what else could be song of the week other than Ernie K. Doe’s 1961 Number one hit, Mother-In-Law.  Just click on the link below to hear this classic.

Arrangement in Grey and Black No.1, best known under its colloquial name Whistler’s Mother, is a painting in oils on canvas created by the American-born painter James McNeill Whistler in 1871. The painting is 56.81 by 63.94 inches [ ], displayed in a frame of Whistler’s own design. It is exhibited in and held by the Musée d’Orsay in Paris, having been bought by the French state in 1891. It is one of the most famous works by an American artist outside the United States. It has been variously described as an American icon and a Victorian Mona Lisa. [Source: Wikipedia)

An Italian noblewoman who married King Henri II of France, Catherine de’ Medici became a political force to be reckoned with during the successive reigns of her three sons. Hoping to consolidate her family’s power, she forced her daughter Marguerite to marry Henri de Bourbon, whose faith—Protestantism—and doting mother—Jeanne d’Albret—Catherine loathed. Jeanne fell ill and died shortly after arriving at court with her reluctant son, leading some to accuse Catherine of murdering her with poisoned gloves. After the wedding in 1572, Catholic mobs unleashed a wave of targeted killings on the Protestants who had gathered in Paris for the festivities. Historians think Catherine authorized or at least knew of the carnage, which her new son-in-law barely escaped. Catherine’s relationship with her daughter-in-law Mary Stuart was also strained. When the young queen’s husband Francis II died, Catherine ordered his grieving widow to return the crown jewels and head home to Scotland immediately. [Source: History Lists)

I always appreciate those that leave comments on my weekly posts, since it encourages me to continue these posts.  Thank you Carole.  Leaving a comment is easy, just click on “Leave A Comment”, which is immediately below the title of this week’s post.  And if instead of seeing “Leave A Comment”, you see “# Comments”, just click on that and scroll down to leave your comment.