By now, you as well as every one else, in all the various universes have heard of the death of Spock (Here on Earth, sometimes referred to as Leonard Nimoy).  Spock was without doubt one of the most extraordinary persons to have ever existed.

Rather than say anything about Spock myself, I will let another extraordinary individual sum up what Spock was about:

Star Trek actor George Takei (Better known as Mr. Sulu, Helmsman on the Starship Enterprise, who I was fortunate to meet back on May 20, 1965), said to CNN:

“Leonard was a very dear friend. One extraordinary thing about him I remember: When Star Trek was going to be done as an animated series, they cast Leonard, Bill Shatner, Majel Barrett and Jimmy Doohan only for the voice acting on that. And when he discovered that Nichelle Nichols and Walter Koenig and I were not cast because of budgetary considerations, he said, Star Trek is about diversity, and if the two people that represent diversity to most, Nichelle and George, then I’m not interested in doing it. … That was an extraordinary thing for an actor, to give up a gig on behalf of other actors. And because Leonard was so necessary to the project, they cast Nichelle and me and offered Walter an opportunity to write a script. He was really an amazing man.” 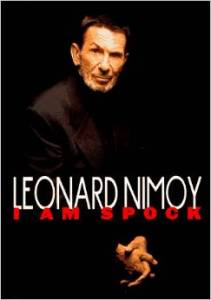 I think it is wonderful that 75% of you engage in some type of exercise, but on the other hand I am worried to think that 25% of you don’t really exercise.  I wish I knew how to convince you that just a small investment in your health would add years to your life and life to your years.

How many Vulcans does it take to screw in a light bulb?

Perfect moments can be had, but not preserved,

BRIEF COMMENTS RELATED TO THE WEEKLY CHAPTERS IN:

WEEK 51: DEATH – CONSIDER DEATH EVERY DAY SO THAT YOU CAN MAKE THE MOST OF EVERY DAY

Start the day mindful that this could be your last day and act accordingly.

Also be mindful that today could be the last day of someone you come in contact with so again act accordingly.

You will find for the moment, my book is listed as out of print on Amazon.  That is because I am in the process of turning it into an ebook.  I hope to have my book as well as the ebook available soon.  I have copies of the book, if you would like to purchase one and don’t want to wait until it again becomes available on Amazon.

I was in the University of Chicago’s Book Store back in 1994, when the book below caught my eye.  It is a 128 page easy read, but contains so many insights that I believe will be beneficial to you in your quest to become extraordinary.  I have read and reviewed it so many times over the years.  Those of you who know me, may wonder if the book is so good, why am I like I am.  I think Oscar Wilde can explain, when he said, “I always pass on good advice.  It is the only thing to do with it.  It is never of any use to oneself.”

There are many who think Star Trek II The Wrath of Khan was the best of the Star Trek movies.  And if you are old enough to like fine “corinthian leather“, this movie stars Ricardo Montalban.

Each week I keep trying to make this blog better in hopes that you will like it enough to pass it on your friends.  Also, if you like this blog, please show you do by liking my Facebook page Harmony Books & Films, LLC.  And for those of you who have read my book, it you would care to comment about the book on Amazon that would be most welcomed.