CURRENT EVENTS Trip to the Detroit Zoo Went to the Detroit Zoo last week. I hope you get a kick out of watching these penguins as I do. BOOK OF THE WEEK If you want to know about some of the key players in ancient Rome, this is a good start. Plutarch is noted for […]

This Wednesday’s Powerball drawing is now up to $1.3 billion, so I thought I would present something that shows you how to read your Powerball ticket. 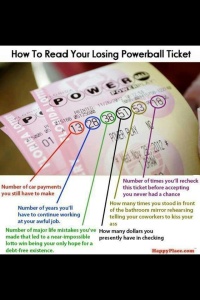 In your quest to become extraordinary, it will be beneficial if you understand personal magnetism.  Compelling People provides a lot of information about what makes a person engaging and what makes a person forgettable.  This is information you can use to assess yourself and eliminate any of your traits that may be turning people off as well as develop traits that my attract people to you.

I, like many of you, made a New Years resolution to lose weight this year.  You just have to look around many places in the USA to see people are killing themselves with their food choices.  Two of the worse food choices are white flour and sugar.

Many of us when setting a weight goal, turn to height weight charts, so I thought I would provide you some information on how to interpert these charts.

In my book under Social Traits, in Chapter 30, I stress that there is never anything to be gained from arguing with someone.  Many arguments are simply over opinions and people have all sorts of opinions and they are entitled to those opinions, even if mistaken.  Perhaps, the following will help you remember that.

Chapter 18 of my book talks about detachment to both objects and relationships.  The C. S. Lewis quote below illustrates the point I was making. 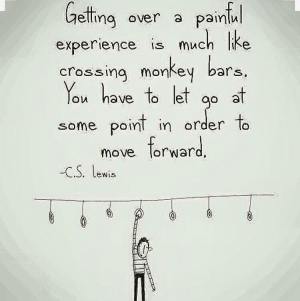 Some of my friends who knew me in my younger days used to say I sold out when I went to work for a large corporation.  I replied, “Yes, but I got a good price.”  I think you will get a kick out of this film about selling out or is it buying in? 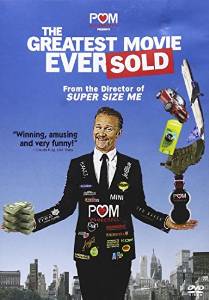 POM Wonderful Presents: The Greatest Movie Ever Sold (commonly shortened to The Greatest Movie Ever Sold) is a 2011 documentary film about product placement, marketing and advertising directed by Morgan Spurlock. The premise behind the production is that the documentary itself would be entirely paid for by sponsors, thus being a form of metafilm. The film’s slogan is “He’s not selling out, he’s buying in”. (Source: Wikipedia)

I came up with 1.3 billion reasons to make Powerball the subject of this week’s poll. 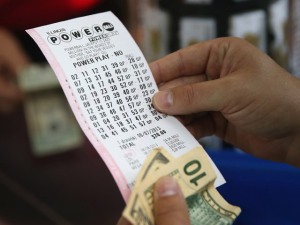 In recognition of the recent passing of David Bowie.

I conducted a poll of last week’s painting and 72% of you initially saw a young woman, whereas, 28% of you initially saw an old woman.  Hopefully, eventually you saw both women in that picture.  I hope this little exercise helps you appreciate that two people can view the identical thing or situation and yet come away with completely opposite understandings of what they just viewed.

I’ve often heard it said, that we see things not as they are, but as we are.

The Red Model by Rene Magritte

The uncanny affinity between the feet and the shoes drives our curiosity and undermines our habitual conceptual polarity: feet/shoe, human/non-human, civilization/wilderness, inside/outside. If you want to know more, check out: 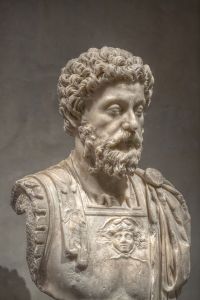 Bust of Marcus Aurelius in the Musée Saint-Raymond, Toulouse

Marcus Aurelius (26 April 121 – 17 March 180 AD) was Roman Emperor from 161 to 180. He was the last of the Five Good Emperors, and is also considered one of the most important Stoic philosophers.

Marcus Aurelius’ Stoic tome Meditations, written in Greek while on campaign between 170 and 180, is still revered as a literary monument to a philosophy of service and duty, describing how to find and preserve equanimity in the midst of conflict by following nature as a source of guidance and inspiration. (Source: Wikipedia)

I am using the following joke as an introduction to a more serious discussion of stereotypes:

In heaven, the lovers are French, the cops are British, the food is Italian, the cars are German, and the whole thing is run by the swiss

In hell, the lovers are Swiss, the cops are German, the food is British, the cars are French, and the whole thing is run by the Italians.

The definition of a stereotype that I like best is that of a vastly oversimplified image or idea about something.  One needs to exhibit a great amount of caution when it comes to any stereotyping as the following so elegantly demonstrates:

I always appreciate those that leave comments on my weekly posts, since it encourages me to continue these posts.  This week I am thanking Tania, Terri, Carole & John for leaving a comment. Leaving a comment is easy, just click on “Leave A Comment”, which is immediately below the title of this week’s post.  And if instead of seeing “Leave A Comment”, you see “# Comments”, just click on that and scroll down to leave your comment.  I really hope more of you start leaving comments as it could lead to some insightful discussions.

Again, for those of you into reading books on a Kindle, I reduced the price of the Kindle version of my book down to $4.95.