The 18th Annual Ford Arts, Beats & Eats takes place in Downtown Royal Oak. The festival offers more than 200 performances on nine stages, a highly ranked Juried Fine Arts Show, and local restaurants with some of the finest cuisine in Metro-Detroit.   In addition, there is also a 5K / 10K race associated with the event that starts Saturday morning, September 5.  For more information, please click on the link below:

Character traits such as courage, self-worth, optimism, etc. are so much the foundation of being extraordinary, that I devoted 19 chapters in my book to various character traits.  These four people, as well as the President of France in the Center of the photo below, are truly extraordinary for the courage they displayed in standing up to terrorism.

WHAT PEOPLE ARE TALKING ABOUT…
These three Americans. On Friday, three Americans — two of them off-duty military service members — took down a heavily armed gunman on a train going from Amsterdam to Paris. The three men and a British passenger tackled the suspect – who was carrying an AK47 and lots of ammo – before he could do anything. The suspect is a 26-year-old Moroccan man. European officials think he may have terror ties. But yesterday, his lawyer said he was just trying to rob people on the train. Which made everything all better. (Source: The SKIMM) 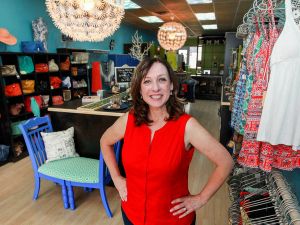 Emmy’s Post is a new and extraordinary boutique store in Royal Oak, MI on 6th street between Main and Washington streets. The inside of the store is even more interesting than the picture above depicts.  Plus, it also has some cool clothes for girls of all ages at reasonable prices. If you would like to know more about the store, please clink on the link below:

Several weeks ago I did a running poll and 47% of you said that you have never entered a race, not even a one mile race. I have no way of knowing, but I would guess that a number of you in that 47% are younger than 50.

Anyway, there are so many people past the age of 50, who are still running races. Although this book is obviously for the over 50 market, I think much of the advice is good for people of any age. For instance, the human body improves with use, unlike machines that wear out with use. Surely, you have all heard of the phrase, “Use it or lose it.”

In chapter 2 of my book, I stress the importance of cardiovascular fitness and this book will help you. 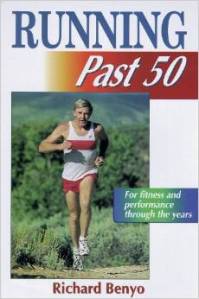 Midnight in Paris is one of the best movies I have ever seen and if you know anything at all about the artists who were in Paris during the 1920s, you will enjoy this film all the more and you may want to visit this magnificent city.  Chapter 48 of my book talks about the importance of travel and about purchasing experiences rather things.

This is a romantic comedy set in Paris about a family that goes there because of business, and two young people who are engaged to be married in the fall have experiences there that change their lives. It’s about a young man’s great love for a city, Paris, and the illusion people have that a life different from theirs would be much better. (Source: Rotten Tomatoes)

QUOTE FOR THE WEEK – As I mention in Chapter 24 of my book, people aren’t mind readers, politely ask for what you want, which the quote below that I found on the internet illustrates.

Here are the results of 23 people who voted:

The above poll was part of a research study where participants were asked how lucky they were on a scale of one to ten.  They were then given a fake newspaper and asked to count the photos inside.  Throughout the paper were headlines saying, “the answer is 37, collect $100.”  People who believe themselves to be lucky, generally stopped early and collected the extra $100.  Others, who considered themselves unlucky, diligently completed the task and eventually came up with the right answer.

The researches believed the results indicated that luck is more about being open to opportunities beyond how the task or situation is presented, than simply good fortune. (Source:  Tony Hsieh, NYT Best Selling Author of Delivering Happiness and he is CEO of Zappos.com, Inc.)

THIS WEEK’S POLL – In chapter 49 of my book, I talk about addictions, so here is a poll on addictions.

SONG OF THE WEEK – Check this out, it relates to the poll

THIS WEEK’S JOKE – Chapter 50 of my book relates to Marriage/Life Partners, so I thought you ladies out there would find this bit of information helpful in retaining a great relationship.

1. It is important to find a man who works around the
house,occasionally cooks and cleans, and who has a job.

2. It is important to find a man who makes you laugh.

3. It is important to find a man who is dependable and
doesn’t lie.

4. It is important to find a man who’s good in bed and
who loves to have sex with you.

5. It is very important that these four men never meet!! 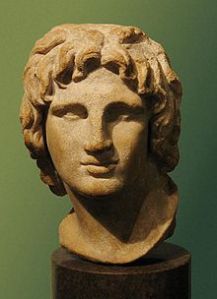 Occupation: Military Commander and King of Ancient Greece
Born: July 20, 356 BC and Died: June 10, 323 BC at the age of 32
Best known for: Conquering much of Asia and Europe

(What is important is the life in your years and not the years in your life.)

Alexander the Great was the king of Macedonia or Ancient Greece. He is considered one of the greatest military commanders in history. (Note to all: His tactics are still studied, so it is not what you do that is important, but the excellence in which you do it.  I’m personally against war, but if you make war–do it well.)

Childhood of Alexander the Great:

Alexander’s father was King Philip the II, who had built up a strong and united empire in Ancient Greece, which Alexander inherited. (Note to children:  It is important to chose your parents wisely.)

Like most children in Athens, Alexander as a child, learned mathematics, reading, writing, and how to play the lyre. He also was instructed on how to fight, ride a horse, and hunt. When Alexander turned thirteen, his father Philip II, hired the great philosopher Aristotle. At school Alexander met many of his future generals and friends. He also enjoyed reading the works of Homer, the Iliad and the Odyssey. (Note to Parents:  It is important to give you child a good education at a good school, where your child can meet other children of like minded parents).

After securing the throne and getting all of Greece under his control, Alexander turned east to conquer more of the civilized world. He moved swiftly using his military genius to win battle after battle conquering many peoples and rapidly expanding the Greek empire.

First he moved through Asia Minor and what is today Turkey. He took over Syria defeating the Persian Army at Issus and then laying siege to Tyre. Next, he conquered Egypt and established Alexandria as the capital. After Egypt came Babylonia and Persia, including the city of Susa. Then he moved through Persia and began to prepare for a campaign in India. At this point Alexander had accumulated one of the largest empires in history. However, his soldiers were ready to revolt. They wanted to return home to see their wives and children. Alexander agreed and his army turned back. (Note to all:  Caution, the more you have the more you want, it may be better to simply want what you have.)

Alexander only made it back to Babylon where he became suddenly sick and died. No one is sure what he died from, but many suspect poison. Upon his death the great empire he had built was divided up amongst his generals.  (Note to all:  Nothing lasts)

Source:  Much of the above on Alexander is borrowed from http://www.ducksters.com/biography/alexander_the_great.php

And as always, either leave a comment or send me your suggestions for current events, jokes, thoughts, movies, book, extraordinary people, songs, or anything you believe may be interesting and thought provoking for the readers of this blog. My address:  mailto:harmonybooksfilmsllc@comcast.net