Not Winning The P0werball Jackpot

All of us but three, didn’t win the big Powerball jackpot; but, maybe we are the real winners after viewing the picture below.

This is another easy to read, self-help book that I am recommending.  On the cover it says, “What would you be willing to do in order to inherit one billion dollars?

I have consistently expressed my concern for your health and the importance of exercise.  You have to make some time for exercise–no excuses.  It doesn’t have to be strenuous exercise, since you can receive the majority of benefits from exercise by simply walking.

To get you started walking for exercise, you may want to consider using an exercise block like the one below.

In my book under Social Traits, in Chapter 28, I stress the importance of bringing more diversity into your life.  The next time you do something with a group of friends, look around at the people surrounding you.  Are they diverse in various ways.  If not, you are missing out.

Click on the link below and ask yourself, would you want to miss out on this because you don’t have enough diversity in your life?

What do you value in your life and does the allocation of your time reflect those values?

I recently watched Exporting Raymond and found it a fun picture to watch.  When I decided to watch the film, I had no idea I was going to learn so much about Russia. What could be better, some fun entertainment, plus learning something.

The vast majority of us will either buy one ticket (29%) or between two and five tickets (29%).

THIS WEEK POLL – Questions About This Blog

Every so often I like to get a reading on the impact if any, that this blog has on you.  I hope you will participate in this week’s poll and I encourage you to comment on what this blog is doing right or what it could do better. 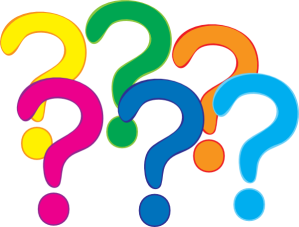 I want to introduce some variety into the weekly musical selections, so I thought maybe some classical music this week.  When I mentioned classical music, perhaps, some of you had the following in mind?

I really hope you give this piece of classical music a brief try.  I think it is nothing short of absolutely amazing.

The Martin Luther King, Jr. Memorial is located in West Potomac Park in Washington, D.C., southwest of the National Mall. The official address of the monument, 1964 Independence Avenue, S.W., commemorates the year the Civil Rights Act of 1964 became law.

Covering four acres and including a statue of King by sculptor Lei Yixin, the memorial opened to the public on August 22, 2011, after more than two decades of planning, fund-raising and construction. 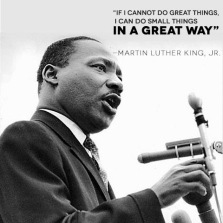 Who else would I select on today!  Plus, we also have some words of wisdom.  If we cannot do something great, at least we can do something in a great way.

Those words of wisdom, remind me of this Roman general; whom the Roman Senate feared was becoming too popular with the common people.  So, the Senate  took him from the battle field and placed him in charge of collecting Rome’s garbage.  The general said, “If the work will not bring honor to me, I will bring honor to the work.”  Needless to say, the general did such a good job cleaning up Rome’s garbage that he became even more popular with the common folk.

I always appreciate those that leave comments on my weekly posts, since it encourages me to continue these posts.  This week I am thanking Carol, Rick, Elena, Spiritual Journey, Little Wolf, and Sue for leaving a comment.

Again, for those of you into reading books on a Kindle, I reduced the price of the Kindle version of my book down to $4.95.