I’m not an astrophysicist, like Neal deGrasse Tyson, but I will try to keep you updated on various astrological events that come to my attention, like this extraordinary piece of information.

One of the components of fitness is flexibility.  As you can see below, yoga can help you stay flexible.  Here are some people practicing yoga immediately after St. Patrick’s Day last week.

Here is another piece of good advice that I found in the April 2016 edition of Runners World:

When something works, excuse-proof it

On the other hand:

When something stops working, stop [ ]

How many times do we all fail to take action to make our dreams come true and our lives extraordinary.

It is time to cut that out.

Some people with a distorted view of their religion, have done  bad things to others in the name of religion.

Just think how much our lives would improve if we could actually learn and apply the following:

If we aren’t careful, we can drive ourselves relentlessly  crazy trying to do things or acquire things–that isn’t being extraordinary.

If you are a fan of Star Trek, you may want to check out this easy read about Klingon virtues.

If you have style, class and enjoy a movie with a bit of a story line, do yourself a favor and avoid Sisters.  I stopped it, but wish I had never seen any of it. I expected more out of Tina Fey and Amy Poehler.

Instead, why don’t you check out Midnight in Paris.  It is a fun film and you will learn so much about art, without ever taking an art history course.  It is an amazing and witty film.  For instance, Hemingway asks Gil if he ever hunts.  Gill answers, “For bargains.”

Gil Pender (Owen Wilson) is a screenwriter and aspiring novelist. Vacationing in Paris with his fiancée (Rachel McAdams), he has taken to touring the city alone. On one such late-night excursion, Gil encounters a group of strange — yet familiar — revelers, who sweep him along, apparently back in time, for a night with some of the Jazz Age’s icons of art and literature. The more time Gil spends with these cultural heroes of the past, the more dissatisfied he becomes with the present.

LAST WEEK’S POLL – When It Comes to Reading

At the start of this year, I asked how optimistic you felt about 2016.  Eighty-seven percent of you expected 2016 to be better than 2015.

Practically 1/4 of this year is over and I thought it might be a good time to check and see how 2016 is going for you, so here is this week’s poll.

What guy can’t relate to this song?

by The Rolling Stones

Like the Stones said, “I’m so hot for her and she’s so cold.” 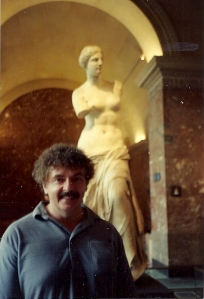 Aphrodite of Milos, better known as the Venus de Milo, is an ancient Greek statue and one of the most famous works of ancient Greek sculpture. Created sometime between 130 and 100 BC, it is believed to depict Aphrodite, the Greek goddess of love and beauty (Venus to the Romans).

It is a marble sculpture, slightly larger than life-size at 6 ft. 8 in. high. The arms and original plinth were lost following its discovery. From an inscription that was on its plinth, it is thought to be the work of Alexandros of Antioch; earlier, it was mistakenly attributed to the master sculptor Praxiteles. It is currently on permanent display at the Louvre Museum in Paris. The statue is named after the Greek island of Milos, where it was discovered. (Source: Wikipedia)

Neil deGrasse Tyson (Born October 5, 1958) is an American astrophysicist, cosmologist, author, and science communicator. Since 1996, he has been the Frederick P. Rose Director of the Hayden Planetarium at the Rose Center for Earth and Space in New York City. The center is part of the American Museum of Natural History, where Tyson founded the Department of Astrophysics in 1997 and has been a research associate in the department since 2003.

From 1995 to 2005, Tyson wrote monthly essays in the “Universe” column for Natural History magazine, some of which were published in his book Death by Black Hole (2007). During the same period, he wrote a monthly column in Star Date magazine, answering questions about the universe under the pen name “Merlin”. Material from the column appeared in his books Merlin’s Tour of the Universe (1998) and Just Visiting This Planet (1998).

Tyson served on a 2001 government commission on the future of the U.S. aerospace industry, and on the 2004 Moon, Mars and Beyond commission. He was awarded the NASA Distinguished Public Service Medal in the same year. From 2006 to 2011, he hosted the television show NOVA Science, now on PBS. Since 2009, he has hosted the weekly podcast Star Talk. In 2014, he hosted the television series Cosmos: A Spacetime Odyssey, a reboot of Carl Sagan’s 1980 series Cosmos: A Personal Voyage. The U.S. National Academy of Sciences awarded Tyson the Public Welfare Medal in 2015 for his “extraordinary role in exciting the public about the wonders of science”. (Source: Wikipedia)

This joke is for those of you involved with health care claims. 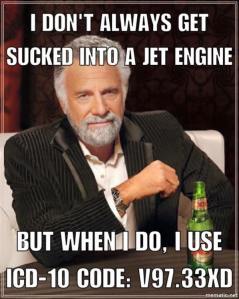 I always appreciate those that leave comments on my weekly posts, since it encourages me to continue these posts.  Thank you Elizabeth & Carolyn for commenting on last week’s post.

Junior Chills, Samantha, Elizabeth, Vilina and Action15 , thank you for following this blog and bringing the total number of blog followers to 49.  It is easy to follow, just click in the side bar area where it says “Follow Harmony Books & Films, LLC”.

My Harmony Books & Films Facebook page likes stay at 61.  Again, it is easy enough to like my Facebook page, just click in the side bar area where there is a little photo of the cover of my book.

If you think this blog has any merit, please pass it on to your friends.  Hopefully, more of you will continue to share this blog with others.