Folks, without taking sides; here is my attempt to bring you the latest in election coverage.

One has to ask themselves, what will you look like when you turn 70 or 90?  And have you adopted the lifestyle that will get you to where you want to be?

Know what you are eating by reading labels and asking questions.

You need to figure out who you are and be that person, not who everyone wants you to be. 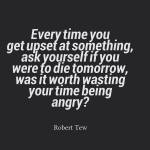 Chapter 42 of my book discusses goals, but this will save you the trouble of obtaining the book.

Here is something every mother should teach her daughter.  As for the guys, don’t be this dude. 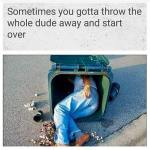 Normally, I recommend very easy to read books, but every so often if you wish to be extraordinary, you need to read a book on something that interests you, that may not happen to be an “easy read”.  For me, my interest is in Rome.

The very idea of empire was created in ancient Rome and even today traces of its monuments, literature, and institutions can be found across Europe, the Near East, and North Africa–and sometimes even further afield.

In Rome, historian Greg Woolf expertly recounts how this mammoth empire was created, how it was sustained in crisis, and how it shaped the world of its rulers and subjects–a story spanning a millennium and a half of history.

The personalities and events of Roman history have become part of the West’s cultural lexicon, and Woolf provides brilliant retellings of each of these, from the war with Carthage to Octavian’s victory over Cleopatra, from the height of territorial expansion under the emperors Trajan and Hadrian to the founding of Constantinople and the barbarian invasions which resulted in Rome’s ultimate collapse.

Throughout, Woolf carefully considers the conditions that made Rome’s success possible and so durable, covering topics as diverse as ecology, slavery, and religion. Woolf also compares Rome to other ancient empires and to its many later imitators, bringing into vivid relief the Empire’s most distinctive and enduring features.

As Woolf demonstrates, nobody ever planned to create a state that would last more than a millennium and a half, yet Rome was able, in the end, to survive barbarian migrations, economic collapse and even the conflicts between a series of world religions that had grown up within its borders, in the process generating an image and a myth of empire that is apparently indestructible.

Based on new research and compellingly told, this sweeping account promises to eclipse all previously published histories of the empire. (Source: Oxford University Press)

Alligator Arms: It’s what You Do

When it comes to clutter

21% of us are going to start getting rid of clutter

17% of us have VHS or eight-track tapes stored

4% of us can’t park our car in the garage

4% of us are essentially clutter free

20% of us are going to start getting rid of clutter

17% of us have VHS or eight-track tapes stored

5% of us are essentially clutter free

2% of us can’t park our car in the garage

Now that you have seen the video, time to take a poll:

American Gothic is a painting by Grant Wood in the collection of the Art Institute of Chicago. Wood’s inspiration came from what is now known as the American Gothic House, and his decision to paint the house along with “the kind of people I fancied should live in that house.”

The painting shows a farmer standing beside a woman. The figures were modeled by Wood’s sister, Nan Wood Graham and Graham’s dentist. The woman is dressed in a colonial print apron evoking 19th-century Americana, and the man is holding a pitchfork. [ ]

It is one of the most familiar images in 20th-century American art, and has been widely parodied in American popular culture. (Source:  Wikipedia)

Did someone say, “Widely Parodied”?

My guess is that you have not heard of this ancient Egyptian.  Why would you, Cleopatra was closer to our time today, than she was to Imhotep, pyramid builder.

Imhotep was an Egyptian polymath who excelled in various fields of human activity, particularly architecture and engineering. He was the designer and architect of the astonishing Pyramid of Djoser, which was built in the 27th century BCE for the burial of Pharaoh Djoser.

During his lifetime, Imhotep earned many honors and titles of a social and religious character which no other commoner had attained before including Chancellor of the King of Egypt, First in Line after the King of Upper Egypt, High Priest of Heliopolis, and Administrator of the Great Palace. He was one of very few people in Egyptian history who achieved a divine status after his death though he was born a commoner. (Source: Wikipedia)

Thanks to Tania, Sue & Samantha, for commenting on last week’s post.  Comments are so encouraging, I urge you to let me know what you are thinking via a blog comment.

Thank you Amy, for bringing my total number of blog followers to 67.

If you think this blog has any merit, please pass it on to your friends.  Hopefully, more of you will continue to share this blog with others. My thanks to Keeta, Susan, Scot, Carol & Joanne, for sharing my post last week on Facebook.