The gravestones at Arlington National Cemetery

Memorial Day is a federal holiday in the United States for remembering the people who died while serving in the country’s armed forces.

The holiday, originated as Decoration Day after the American Civil War in 1868, when the Grand Army of the Republic, an organization of Union veterans founded in Decatur, Illinois, established it as a time for the nation to decorate the graves of the Union war dead with flowers.

By the 20th century, competing Union and Confederate holiday traditions, celebrated on different days, had merged, and Memorial Day eventually extended to honor all Americans who died while in the military service.

The first widely publicized observance of a Memorial Day-type observance after the Civil War was in Charleston, South Carolina, on May 1, 1865. During the war, Union soldiers who were prisoners of war had been held at the Hampton Park Race Course in Charleston; at least 257 Union prisoners died there and were hastily buried in unmarked graves.

Together with teachers and missionaries, black residents of Charleston organized a May Day ceremony in 1865, which was covered by national papers. The freedmen cleaned up and landscaped the burial ground, building an enclosure and an arch labeled “Martyrs of the Race Course”.  Nearly 10,000 people, mostly freedmen, gathered on May 1 to commemorate the war dead.

This one is for all you teachers out there, but it may do some parents good to think about this. 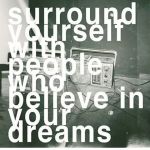 For all you ladies out there, it is ok to go with you heart, but please take your head along for the journey

Code of the Samurai

Code of the Samurai is a four-hundred-year-old explication of the rules and expectations embodied in Bushido, the Japanese Way of the Warrior.

The Japanese original of this book, Bushido Shoshinshu, is one of the primary sources on the tenets of Bushido. This handbook, written after five hundred years of military rule in Japan, was composed to give practical and moral instruction for warriors, correcting wayward tendencies and outlining the personal, social, and professional standards of conduct characteristic of Bushido, the Japanese chivalric tradition.

The opening monologue, delivered by George C. Scott as General Patton with an enormous American flag behind him, remains an iconic and often quoted image in film.

The film was successful, and in 2003, Patton was selected for preservation in the United States National Film Registry by the Library of Congress as being “culturally, historically or aesthetically significant”.

Planning to vote in this year’s USA presidential election:

5% not eligible to vote in USA elections

Please check all that apply

After watching last week’s video, “Walk Like an Egyptian” by The Bangles, I asked if you can walk like an Egyptian and the replies were:

Strangely enough, I did an internet search and found a similar poll conducted in Egypt yielded about the same results.

The memorial was inspired by the iconic 1945 photograph of six servicemen raising an American flag atop Mount Suribachi during the Battle of Iwo Jima in World War II.

Upon first seeing the photograph, sculptor Felix de Weldon created a maquette for a sculpture based on it in a single weekend. He and architect Horace W. Peaslee designed the memorial. Their proposal was presented to Congress. In 1947, a federal foundation was established to raise funds for the memorial. (Source:  Wikipedia)

I was fortunate to see President Eisenhower, when he came to Detroit years ago.

He was a five-star general in the United States Army during World War II and served as Supreme Commander of the Allied Forces in Europe. He was responsible for planning and supervising the invasion of North Africa in Operation Torch in 1942–43 and the successful invasion of France and Germany in 1944–45 from the Western Front. In 1951, he became the first Supreme Commander of NATO. (Source: Wikipedia)

Thanks to Carolyn, for commenting on last week’s post. I urge you to let me know what you are thinking via a blog comment.

Thank you Carolyn, Nikhil, Karen & Cats That Post for following my blog.

If you think this blog has any merit, please pass it on to your friends.  Hopefully, more of you will continue to share this blog with others. My thanks to Willie, John, Rocklyn, Carol, Annette, Sharil, Laura, Sandra, Julie, Kurt, Susan & Joanne, for sharing my post last week on Facebook.