There are a lot of bicycles on the roads and sidewalks, so if you ride a bicycle or drive a car, this is some helpful information.

I like the advice about not riding your bike on a sidewalk faster than the pedestrians.  I don’t know how many times I have experienced some fool coming up 15 to 20 mph behind me, who screams “left”.  I don’t know if he means “my left” or “my other left”.  Most of us can’t tell our “left” from our “right”, without a bit of thought.

Anyway, I received this in the mail recently from Royal Oak’s excellent police department.  Our city is fortunate to have such an outstanding group of officers serving the community.  This is just one more thing they are doing to make Royal Oak, safe for bicycle riders.

“To eat is a necessity,

but to eat intelligently is an art.”

What a classy way to say avoid mindless eating. 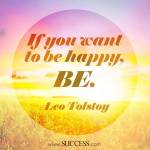 The above is true on a number of levels

Want to know what a person values, watch how they use their time.

Oh, and remember we all get 24 hours each day.

In chapter 48 of my book I talk about the importance of travel and especially travel to places you have never been before, so that you look at things somewhat through the eyes of a child (i.e., for the first time)

While recently in Nova Scotia for the first time, both Carol and I were given membership in the Order of the Good Time.

In my case, this is so true. 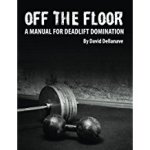 Guess who is getting ready for the AWPC (Amateur World Powerlifting Congress) world competition this September.

I watched this movie before Johnny Depp joked about killing the President of the USA; otherwise, I would have skipped it. I was alive when President Kennedy was murdered and President Reagan was shot.  I think celebrities have a responsibility to not incite the fools in our population to commit horrible acts.

Pirates of the Caribbean:

Critics Consensus: Pirates of the Caribbean: Dead Men Tell No Tales proves that neither a change in directors nor an undead Javier Bardem is enough to drain this sinking franchise’s murky bilge. (Source: Rotten Tomatoes)

“Moderation in all things” is a famous quote by Ralph Waldo Emerson encouraging people to avoid extremes.

Just the Right Amount of Wrong

Would Emerson approve of what appears in the Right Amount of Wrong video?

Do you approve of what appears in the Right Amount of Wrong video?

THIS WEEK’S POLL – Jokes About Killing a Sitting USA President

Kathy Griffin and Johnny Depp are two of the latest celebrities to joke about killing the President of the USA.

I was so impressed with my tour of the Halifax Citadel that I thought I just wanted to share a bit of the experience with any of you that would be interested.  We did see the changing of the guard,  firing of the Noon Cannon, as was well as a rifle firing exhibition, great tour at no charge

Captain Picard is a master of diplomacy and debate who resolves seemingly intractable issues between multiple, sometimes implacable parties with a Solomon-like wisdom. Though such resolutions are usually peaceful, Picard is also shown using his remarkable tactical cunning in situations when it is required. Picard has a fondness for detective stories, Shakespearean drama, and archeology. He is frequently shown drinking Earl Grey tea and issuing the order, “Make it so”. (Source: Wikipedia)

My thanks to Christy & Georgia, for commenting on last week’s post. I find blog comments so encouraging, so I am especially appreciative when anyone takes the time to comment.

Also, please consider passing this blog on to others. My thanks to Carol,  Donna,  Jean, Kelly, Sandra, Sheryll & Valeria, for sharing my post last week on Facebook.

My thanks to America on Coffee, Courtney, Debadrita, E. Denise, अश्विनी कश्यप, George, Hati y Sjaura, who started following my blog and my thanks to  Daina, Janice, Rose & Teresa, for liking  my Harmony Books & Films Facebook page.