If you would rather watch music videos than watch the news,

you have come to the right site. 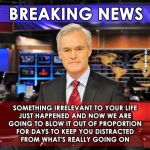 One of the best exercises and one that anyone can do, is walking.

So why not take a stroll?

Ultimately, you are responsible for your own destiny.

Looking for a gift for someone, why not this.

Ladies, be careful with these really romantic guys.

Folks, the book I recommended this week came out in 2002 and there has been so many changes in what we know about food that although some of the info in the recommend book is good, there are simply too many things in the book that I cannot support.  So I have deleted my recommended book for this week and apologize for my choice of books this week.

I think this film is not only entertaining, but has an important message.

Jim White, a football coach, loses his job and moves with his family to take a new job at McFarland High School in McFarland, California, which is predominantly Latino. Discovering that some of his students are strong runners, he organizes a boys’ cross country team with seven members who have little hope for their future. They become a close-knit, mutually supportive unit. Under White’s guidance the team becomes outstandingly successful, winning 11 state titles over the years, with many members escaping poverty and being first in their families to go to college or into military careers. Some members continue to attend practice even after graduation from college. (Source: IMDB)

French is one of the most beautiful languages

I have to give this Japanese artist an A+ for effort

By a Japanese Singer

Kylie Minogue, from Australia, does a very nice job with the song.

But no one does it for me like Little Eva.

LAST WEEK’S POLL – Did You See The Movie La Bamba?

THIS WEEK’S POLL – Which version of the “Locomotion” did you like best?

Since  I mentioned Locomotion so many times this week, I thought some early 1950s Lionel train art should be this week’s art.

Dick Clark and his American Bandstand used to be on Mondays through Fridays and I recall watching it when I got home from school.

Richard Wagstaff Clark (November 30, 1929 – April 18, 2012) was an American radio and television personality, as well as a cultural icon who remains best known for hosting American Bandstand from 1957 to 1987.

As host of American Bandstand, Clark introduced rock & roll to many Americans. The show gave many new music artists their first exposure to national audiences, including Ike and Tina Turner, Smokey Robinson and the Miracles, Stevie Wonder, Prince, Talking Heads and Simon & Garfunkel. Episodes he hosted were among the first in which blacks and whites performed on the same stage and among the first in which the live studio audience sat without racial segregation. Singer Paul Anka claimed that Bandstand was responsible for creating a “youth culture.” Due to his perennial youthful appearance and his fame as the host of American Bandstand, Clark was often referred to as “America’s oldest teenager” or “the world’s oldest teenager”. (Source: Wikipedia)

My thanks to Catherine, Georgia, Samantha & Tania,  for commenting on last week’s post. I find blog comments so encouraging, so I am especially appreciative when anyone takes the time to comment.

Also, please consider passing this blog on to others. My thanks to Annette, Darlene, Donna, Melissa, Nandini, , Sheryll, Shirley & Willie, for sharing my post last week on Facebook.

My thanks to Catherine, Jan, Kim, Princess Blabbermouth, Runaway Nuns and Leprechauns, Storyspiller and Tania, who started following my blog and my thanks to Edwina & Nancy, for liking  my Harmony Books & Films Facebook page.