This parade started early in the day and lasted well into the night. 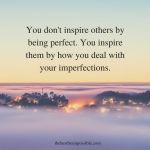 Always good to make new friends, especially if they are a bit different from you.

The next Books & Authors will be on

If you happen to live anywhere near the Clawson, MI area (near 14 mile & Main Street), I hope you will stop by and say hello to me.  Plus, you will have the opportunity to meet and talk with a lot of authors.

I found this to be an easy and fun to read book.  If you aren’t interested in reading it, perhaps you may want to get it for you child..

A Whole New World! Seeing a rabbit run across a meadow is not so surprising. But when that rabbit is wearing clothes and talking out loud, Alice has to follow him and find out where he’s from. Down the rabbit hole she goes and on to the oddest adventures a little girl has ever had. Come along with Alice and meet some of the most unusual, whimsical, and delightful characters you will ever find in the pages of a book! (Source: Great Illustrated Classics)

I watched this movie last week while I was in Peru.  I’ve seen it before and it was still interesting the second time around.

Legendary explorer Thor Heyerdahl’s epic 4,300-mile crossing of the Pacific on a balsa wood raft in 1947, to prove that it was possible for South Americans to settle in Polynesia in pre-Columbian times. (Source: IMDB)

LAST WEEK’S POLL – Have you ever been to Peru?

THIS WEEK’S POLL – Have you ever been to South America?

As I keep saying, art comes in many forms.

The expedition was designed to demonstrate that ancient people could have made long sea voyages, creating contacts between separate cultures.

And my thanks to Bonnie, Jessica,  Moonlight Musings, Not So Clever People, Over Dosing News, Rhiannon & Sigrid, who started following my blog and to Jill & Michelle, for liking  my Harmony Books & Films Facebook page.