If you have ever been curious about this book, the Kindle version of this book has now been reduced to $1.00

The 30-Day Plan to Whip Your Career Into Submission

I read this book back in 1999 and I have reviewed it periodically ever since and even today it still stands the test of time. It is also a fun and easy to read book.

Feeling enslaved by pointless meetings, overflowing “in” boxes, and endless phone calls? Shackled by mindless busy work and jealous colleagues that keep you from landing the corner office and the recognition you deserve? If so, now is the time to break free from the chains of job slavery and whip your career into submission!

In this frank and witty rescue manual, Karen Salmansohn–the highly successful, award-winning advertising veteran of corporate wars is on a mission to liberate you.  For everyone who is into S&M (Success and Money, that is), Whip Your Career Into Submission offers an easy-to-follow, 30-day plan for taking control of your career–instead of letting circumstances take control of you.  (Source: Goodreads)

This is the film we saw on Valentine’s Day. Perhaps, not an award-winning film, but at least it was entertaining. 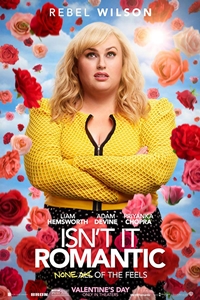 Take a minute to watch this trailer and see what you think.

This song was featured in Isn’t It Romantic, and I remembered how much I liked it. I hope you also like it.

It never fails to amaze me how creative people can be.

René Descartes (31 March 1596 – 11 February 1650) was a French philosopher, mathematician, and scientist. A native of the Kingdom of France, he spent about 20 years (1629–49) of his life in the Dutch Republic.  He is generally considered one of the most notable intellectual figures of the Dutch Golden Age.

Descartes’ Meditations on First Philosophy (1641) continues to be a standard text at most university philosophy departments. Descartes’ influence in mathematics is equally apparent; the Cartesian coordinate system was named after him. He is credited as the father of analytical geometry, the bridge between algebra and geometry, used in the discovery of infinitesimal calculus and analysis. Descartes was also one of the key figures in the Scientific Revolution.

Descartes refused to accept the authority of previous philosophers. He frequently set his views apart from those of his predecessors. In the opening section of the Passions of the Soul, an early modern treatise on emotions, Descartes goes so far as to assert that he will write on this topic “as if no one had written on these matters before”. His best known philosophical statement is “I think, therefore I am” (Source: Wikipedia)

I think; therefore I am – A statement by the seventeenth-century French philosopher René Descartes. “I think; therefore I am” was the end of the search Descartes conducted for a statement that could not be doubted. He found that he could not doubt that he himself existed, as he was the one doing the doubting in the first place. In Latin (the language in which Descartes wrote), the phrase is “Cogito, ergo sum.” (Source: Dictionary.com)

It is a shame parking structures weren’t invented during Descartes’ time, it may have saved him a lot of thinking, as you can see below:

Because of the way, the human body is made, one area of the body can have an impact on different parts of the body. For example, take the mouth and teeth. If you have problem with your teeth and gum, this can pose problems with other areas. Poor oral hygiene can lead to problems with diabetes, heart disease and other health issues. (Source: American Dental Center)

Here is tip on how to take care of your teeth. 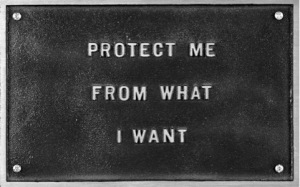 If you dog isn’t a regular reader of this blog, you may want to show your dog this. 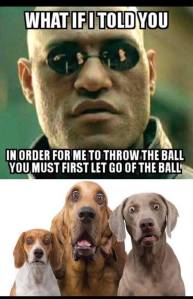 Regarding the movie “What Men Want”:

Total Votes: 15
Do you believe you have a choice in who you love?