This probably wasn’t the outcome you were wishing to hear about.

Which Do You Prefer To Watch? 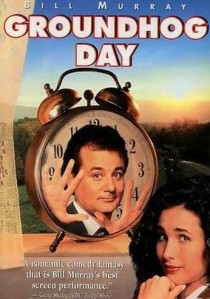 Yesterday (02-02-20) Punxsutawney Phil could not find his shadow, which means that we are in for an early spring.

If you missed the game between the San Francisco 49ers and the Kansas City Chiefs, you really missed something–even if you aren’t a football fan. It was an amazing game and the KC Chiefs won, 31 to 20.

The Defeat of Rome

This book is not an easy read, but if you are as fascinated by Roman history as I am, you will learn a lot about Crassus and the victory at Carrhae by the Parthians.

In 53 BC the Proconsul Marcus Crassus and 36,000 of his legionaries were crushed by the Parthians at Carrhae in what is now eastern Turkey. Crassus’ defeat and death and the 20,000 casualties his army suffered were an extraordinary disaster for Rome.

The event intensified the bitter, destructive struggle for power in the Roman republic, curtailed the empire’s eastward expansion and had a lasting impact on the history of the Mediterranean and the Middle East.

It was also the first clash between two of the greatest civilizations of the ancient world. Yet this critical episode has often been neglected by writers on the period who have concentrated on the civil war between Pompey and Caesar. Gareth Sampson, reconstructs the Carrhae campaign in fine detail, reconsiders the policy of imperial expansion and gives a fascinating insight into the opponents the Romans confronted in the East – the Parthians. (Source: Amazon)

I mentioned this movie back in July 2019 and watched it again last week. I enjoyed it and thought it was well worth watching, even a second time.

Here was the poll results from back in 2019:

Once Upon A Time In Hollywood

A faded television actor and his stunt double strive to achieve fame and success in the film industry during the final years of Hollywood’s Golden Age in 1969 Los Angeles. (Source: IMDB)

Last week, I watched the second episode of this new Star Trek series and so far I’m a little disapointed. Nevertheless, I will continue to watch because it is good to see Jean-Luc Picard again.

I’ve mentioned before, but thought I would again. I’ve seen Little Richard twice. Once when he was young (as was I) and once when he was old (as am I). I’m glad he is still around (And I am to still be around).

Known as the Eye of the World or Eye of Odin

The Norse god Odin is typically portrayed as having only one eye. The myths which explain this [was …] the result of his pursuit of knowledge, which led him to sacrifice his right eye to gain cosmic knowledge from the mythical well of Mimir.

The myth is mainly concerned with the price of wisdom, and what an individual will pay to gain what they desire. In drinking the waters of Mimir’s Well, Odin is able to see more with one eye than he did previously with two. It establishes Odin’s great desire for wisdom and knowledge, and also emphasizes that the greater the sacrifice, the greater the reward. (Source: Wikipedia) 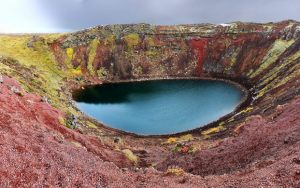 Located in southern Iceland, Kerid is unique among crater lakes in that its caldera likely didn’t form from an explosion as most do. The Kerid volcano is thought to have formed when the magma in the center simply depleted itself, and the empty chamber beneath caved in. Regardless of the geological minutia that led to the lake’s creation, its bright rainbow of colors look unearthly.

In addition to the bright, sapphire-colored waters, the steep slopes of the caldera’s bowl are almost entirely covered in red volcanic rock. There is one, less-steep side of the slope that is covered in rich green moss. (Source: Atlas Obscura) 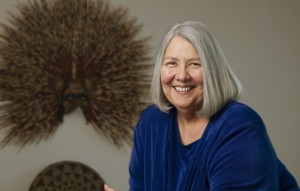 If you have enjoyed Downton Abbey as well as other shows featured on PBS Masterpiece, Darlene Shibley deserves some thanks for her donations  to The Masterpiece Trust that makes these wonderful shows possible.

For decades as one of San Diego’s most high-profile and prolific philanthropists, Shiley — with her late husband, heart-valve inventor Donald Shiley — has given away upward of $100 million to science, educational and arts organizations.

But it’s been the one-time actress’ record-breaking gifts to the fundraising Masterpiece Trust, more than $5.2 million to date, that have made Shiley nearly as famous as a Crawley family member.

“Darlene is a wonderful ambassadress for the show. People recognize her everywhere and she handles it with such warmth and grace,” said Rebecca Eaton, executive producer of Masterpiece and one of “Downton’s” executive producers. (Source: The San Diego Union – Tribune) 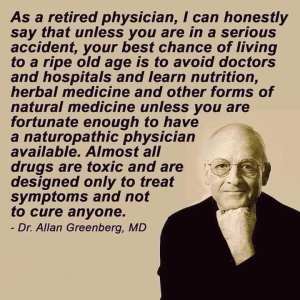 If you have a cat, this may be helpful

Regarding the film “JoJo Rabbit”

Do you think drug companies and their executives are too greedy?

Total Votes: 22
When someone wants to argue with you about something?

Do you usually let them continue with a belief that you think is mistaken  13.64%  (3 votes)

If today was the last day of your life, would you want to do what you are about to do today?

Total Votes: 22
Can you name the three rocks in the above photo?