The Tao of Elvis

This little book is well worth reading.

Elvis Presley was an intensely spiritual man. Gospel was his music of choice, and his life–from innocence to addiction, from obscurity to fame–was one long quest to balance opposites.

The Tao of Elvis is the first attempt to illustrate Elvis’s Taoist nature and interpret his never-ending search for purpose and meaning. Highlighting Elvis’s journey from light into dark, Jungian expert and Elvis scholar David Rosen explores and examines his life through the structure of the Tao Te Ching.

In reflections on forty-two Taoist concepts–one for each year of Elvis’s life–Rosen reveals how the Tao, a mysterious force, was and is operating through America’s king. Like the Tao, Elvis is everywhere.

Unless you really love all things Elvis, you may want to skip this film. (Updated 08/17/20)

This is my Elvis hanging tree decoration. 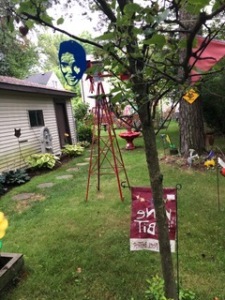 Rather than a lot of words about Elvis, the think this Bobby Bare song, The All American Boy covers the life of Elvis very well. 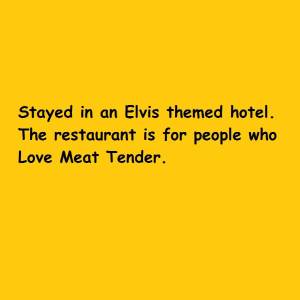 WASHINGTON — Joe Biden, the presumptive Democratic nominee for president, called for a nationwide mask mandate on Thursday, drawing a sharp contrast with President Donald Trump, who rarely wears a mask himself and opposes such mandates.

“Every single American should be wearing a mask when they’re outside for the next three months at a minimum,” Biden said at a press appearance in Wilmington, Delaware. “Every governor should mandate mandatory mask wearing.

Three months minimum, is that like just wear a mask until we flatten the curve? 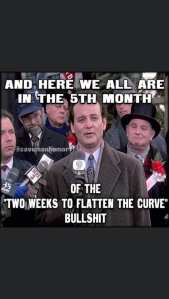 There is a saying that one rule for both the horse and the cow is unfair for both. Generally speaking, if you are a liberal you favor centralize control and if you are a conservative, you favor decentralized control. In November you are going to have to make a choice or not vote.

There has been considerable talk about replacing police officers in some situations with other qualified professionals. Normally, I’m against this idea, but in some instances this could possibly work.

Do you think there is too much hatred in the world?

Regarding the film “Kindergarten Cop”

Total Votes: 23
Do you feel the concept “That every child is a winner” is helping kids to become successful adults

No, children need a more realistic orientation to be successful adults  89.47%  (17 votes)

Do you feel like you are under too much stress?