So many of us are always in a rush to do this or that or get here or there.

Perhaps, we should all consider slowing down a bit and maybe we will find that we start enjoying life more.

ThIs is a very short book with a lot of intriguing photos.

If nothing else, there is a page with some excellent tips on wine drinking.

with photographs by Erica Lennard

I saw this film last Friday and although I am an Elvis fan, I found the film’s portrayal of Elvis disappointing. The acting was very good, and not just the main characters. The Vernon and Priscilla Presley acting was spot on. The Little Richard in the movie was fantastic. But again, the story line was disappointing.

Since I start this week’s post with an Eddie Cochran Summer Time Blues (1958) song, I thought I would include something short and entertaining here.

A rhyme is a repetition of similar sounds [ ] in the final stressed syllables and any following syllables of two or more words. Most often, this kind of perfect rhyming is consciously used for a musical or aesthetic effect in the final position of lines within poems or songs.

More broadly, a rhyme may also variously refer to other types of similar sounds near the ends of two or more words. [ ] (Source: Wikipedia) 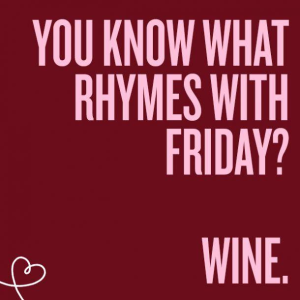 He played the guitar, piano, bass, and drums. His image as a sharply dressed and attractive young man with a rebellious attitude epitomized the stance of the 1950s rocker, and in death he achieved iconic status.

Cochran died at age 21 in St Martin’s Hospital, Bath, Somerset, after a road accident in Chippenham, Wiltshire, at the end of his British tour in April 1960.

In 1987, Cochran was inducted into the Rock and Roll Hall of Fame. His songs have been recorded by a wide variety of recording artists. (Source: Wikipedia)

and medicine be they food.”

Here is something worth reflecting on:

“Master, how will I know if I’m making any progress?”

“You know it when: what once made you mad,

Source Unknown, I found it on “MisaeMich” blog post

Cutting Down Too Many Trees Has Consequences

It has been a while since world famous Chef Ronaldo has shared a tip with us.

This week he is back to tell you how to keep a clean kitchen. 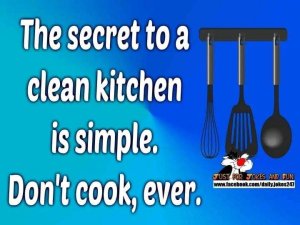