I’m changing my weekly post by including more current events, in hopes they will be more interesting to you.

Also, I am asking you to submit quotes, movies, self-help books, short film clips you took yourself, current news items or anything else you come across that is entertaining and better yet if it can help a person improve themselves.  You can let me know via comments or send to:

I’m delighted to announce that a new teen boutique is now in Royal Oak on 210 W. Sixth Street, called Emmy’s Post.  I just love the store’s philosophy.  Judy Lewis, one of the store’s owners said, “It has to be positive, and it has to be outward focused.  It can’t just be about making money.  It has to be about helping people.”  I really hope if you are around Royal Oak, you will stop in at this store.  It is really a cool store.  If you told them that you heard about the store from Bill, that would be nice; but not necessary 🙂

If you don’t believe the American Dream still exists, you may want to read this inspiring Detroit Free Press article by Susan Selasky about the National Coney Island restaurants, celebrating 50 years.

I was in the U.S. Army, I lived in Iranian hotels and apartments for well over a year.

The vast majority of Iranians I met were very nice to me and some went out of their way to help me get along in this very different world.  Of course, I was there during the time of the Shah, so our two countries were not at odds with one another.  It was just people relating to people. 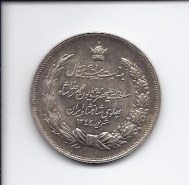 I tend to think that maybe it is the governments and the media that gets people to hate one another.  For instance, I believe the average Russian would be reasonably friendly with any Americans they encountered; and wouldn’t most of you be helpful to a Russian tourtist trying to find his way in our city.

I believe the more diversity we have in our lives, the more sensitive we will be to the needs and concerns of people different from ourselves.  I suspect diversity is a pathway to peace both inside and outside our borders.

Surprise, I don’t always read self-help books, but any reasonably well written book can enhance your perspective.  I just finishing reading The Twelve Caesars by Matthew Dennison.  I’m not suggesting you read this book, but I am suggesting you read a book if you are serious about improving yourself. 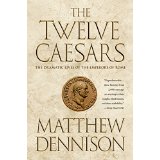 I saw Terminator Genisys in 3D.  Sure, Arnold is older than when he made the first Terminator movie back in 1984; but as he says many times throughout the movie about himself, “Old, but not obsolete”.

QUOTE FOR THE WEEK (Obtained from the Skimm)

“In this life, he who risks nothing cannot win”

Source:The son of El Chapo — aka the escaped Mexican drug lord — getting philosophical about his dad’s prison break.

The Skimm is a very cool website that gives you the latest news updates Monday through Friday and is very brief.  Check it out and see if you don’t like it as much as I do.

I found this on the internet and I think it was intended as a joke.  But I thought about it and decided that this was a very wise bear because this bear focuses on the similarities among people; rather than their differences. 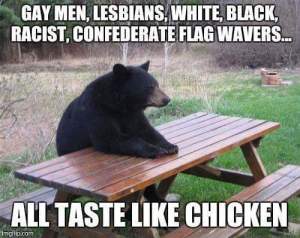 For those of you that have supported me by purchasing a copy of my book,  please do me another favor and let others know what you thought of it at Amazon.  Currently, I have over 100 copies of my book floating around out there somewhere and I have five reviews–any chance of making it six reviews?

Also, if you enjoy this blog, why not pass it on to your friends as well as consider liking my Facebook page Harmony Books & Films, LLC.  So far, 51 of you have been kind enough to like my Facebook page.

I think comments make this blog so much more interesting and helpful, so why not start a conversation?  All you have to do to leave a comment is to click on the last line of the weekly post, where it says, “Leave a comment”.