I, like many others, remember cruising Woodward Avenue during the early 1960s and it is great that tradition is carried on annually by the Woodward Dream Cruise.

The Woodward Dream Cruise is [ ] the world’s largest one-day automotive event, drawing 1.5 million people classic cars each year from around the globe — as far away as New Zealand, Australia, Japan and the former Soviet Union. (Source: Royal Oak Patch)

Here is an old car at the Dream Cruise this year that caught my attention.

Here is some good advice on how to stay healthy.

In chapter 10 of my book, I talk about the importance of staying optimistic. 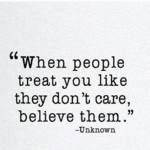 Here is something to think about when it comes to your goals, your health and those you care about.

I constantly see postings of this nature on Facebook.  Things don’t work this way, you have to make an effort to get what you want.

If you could acquire what you want merely by wanting it without making an effort, I suspect it would hold little value for you.

Hard to be extraordinary, if you are in denial.

And as they say, “Denial ain’t just a river in Egypt”.

I’ve watched 7 episodes so far of this three season series and strongly recommend it.  The 1920s was every bit as exciting as our late 1960s/early 1970s, if not more so.

Immerse yourself in the opulent world of Australia’s leading lady detective, Phryne Fisher. Scoffing at danger and decorum, Phryne is a glamorous, thoroughly modern woman of the 1920s whose cases take her to the underbelly of jazz-era Melbourne.

When it comes to paying attention to the news:

THIS WEEK’S POLL – Have you ever been to Montreal, Canada

Last week I was in Montreal and for those of us in North America, it is a little like visiting Europe and a whole lot less trouble.

The Sound of Silence

by Simon and Garfunkel

I thought rather than post the usual music video of a song, instead I would just post the song’s lyrics.

Ok, I know some of you really like the music videos, so this one is for you folks.

I only understand one word of the song, but I think it is still pretty cool and it is sung with such enthusiasm.

I was in Montreal last week and was struck by the beauty of this cathedral.

Charles Robert Darwin (12 February 1809 – 19 April 1882) was an English naturalist and geologist, best known for his contributions to the science of evolution.

He established that all species of life have descended over time from common ancestors.Darwin published his theory of evolution with compelling evidence in his 1859 book On the Origin of Species, overcoming scientific rejection of earlier concepts of transmutation of species.

By the 1870s, the scientific community and much of the general public had accepted evolution as a fact. However, many favoured competing explanations and it was not until the emergence of the modern evolutionary synthesis from the 1930s to the 1950s that a broad consensus developed in which natural selection was the basic mechanism of evolution.

In modified form, Darwin’s scientific discovery is the unifying theory of the life sciences, explaining the diversity of life. (Source: Wikipedia)

Thanks to Kathy & Samantha for commenting on last week’s post. I urge you to let me know what you are thinking via a blog comment.

If you think this blog has any merit, please pass it on to your friends.  Hopefully, more of you will continue to share this blog with others. My thanks to Cynthia, Dave, Dawn, Heidi, Elizabeth, Ginny, Jim, Joanne, Julietta, Karin, Kelly, Kim, Laura, Lidia, Lisa, Patty, Rocklyn, Russ, Susan & Timothy for sharing my post last week on Facebook.

Well, did any of you go to The Woodward Dream Cruise?   If so; let us know what you think of it.  I can recall cruising Woodward, when I was in high school.  The Woodward Dream Cruise is the world’s most popular car cruise and largest one-day automotive event.  It is held annually the 3rd Saturday of August on Woodward Avenue and about  one million people attend this event each year.

Emmy’s Post is a new boutique store in Royal Oak, MI  on 6th street between Main and Washington streets.  It has some fantastic clothes for girls of all ages at very reasonable prices.  If you would like to know more about the store, please clink on the link below:

Here is a friend of mine, Judy, who is also one of the owners of this wonderful store.

Cindy Glovinsky in her wonderful book, One Thing at a Time, says “… the best things in life aren’t Things”.

If you want to reduce the clutter in your life, I strongly recommend this book. 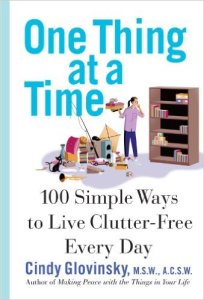 I feel reducing clutter in your life is so important, that I devoted an entire chapter of my book to the topic.

MOVIE OF THE WEEK – I made this movie in 2007 and if I had it to do over, it would be different; but here it is for the first time on the internet.

LAST WEEK POLL – What would you do if you were certain that a good friend was making a serious mistake.

The majority (67%) of those voting this week said they would gently hint to their friend that what their friend planned to do was a bad idea and be there two pick up the pieces.  And additional 7% would say nothing, since their friend’s choices are none of their business.

However, 26% said they would strongly say their friend’s idea was a bad one and risk the friendship.

So, which kind of friend do you wish you had?

THIS WEEK’S POLL – I know you can come up with all sorts of reasons, some even legitimate; but if you go to a race you will see all ages and sizes participating.

THIS WEEK’S JOKE – I was going to post a political joke, but was told that the recent Republican debate beat me to it and others warned me that people are sensitive to political jokes and that I should be careful as to not offend anyone.  Therefore, I thought I would move to a safer topic for this week’s joke. 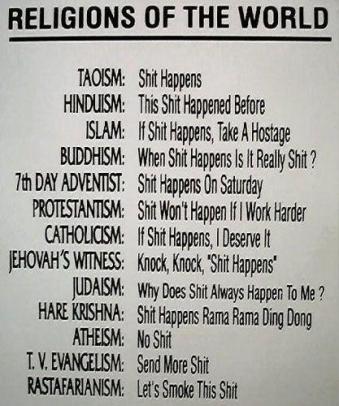 For as long as I can remember, I have always thought Thomas Sowell was an inspiring individual; but it wasn’t until just the other day I learned that he was a high school drop-out; but that didn’t prevent him from making something of himself, not to mention all the other challenges he must have faced.

Few of us will ever reach the heights of Thomas Sowell, but he is an example that is possible to become all you can be and it is likely most of us face fewer challenges than he faced. 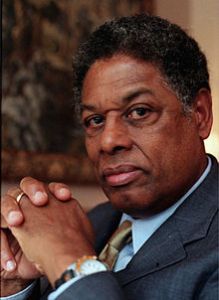 Sowell has served on the faculties of several universities, including Cornell University and University of California, Los Angeles. He has also worked for think tanks such as the Urban Institute. Since 1980, he has worked at the Hoover Institution at Stanford University. He writes from a conservative and classical liberal perspective, advocating free market economics, and has written more than thirty books. He is a National Humanities Medal recipient. (Source:  Wikipedia)

This week I added an “About” page to the blog, which tells a little about what I am trying to accomplish with this blog, a couple of pictures and an email address where you can reach me.

And as I mentioned last week, I now have a box at the bottom of the post where you can type in a reply or comment on something.

As always, please send me your jokes, thoughts, movie & book suggestions as well as anything you believe may be interesting and thought provoking for the readers of this blog. My address:  harmonybooksfilmsllc@comcast.net

I changed the format this week to add a side bar with an archive of past posts so it will be easier for you to see old posts.  And to make it easier to comment on these posts, I now have a box at the bottom of the post where you can type in a reply.

As always, please send me your jokes, thoughts, movie & book suggestions as well as anything you believe may be interesting and thought provoking for the readers of this blog, to this address:  harmonybooksfilmsllc@comcast.net

Regardless of your political orientation, I think the first night of the 2015 Republican Debates was a good way to learn a little about the people, who want to be the leader of the U.S.A.; besides, it was very entertaining.  Your chance to see the next round of these debates will be September 16.

Source of above photos: Getty Images

The run/walk will begin at 7:30 am on Yorba Linda Blvd, continue with a rare opportunity to run on historic Woodward Avenue, wind through several Royal Oak neighborhood streets and finish at Shrine High School.

Anyone interested in participating in the Cruise In Shoes™ can register online by going to   http://www.cruiseinshoes.com/registration until August 12. Participants can also sign up for the event the day of the run at Royal Oak Shrine High School.

There is a new boutique store in Royal Oak, MI  on 6th street between Main and Washington streets.  It has some fantastic clothes for girls of all ages at very reasonable prices.  If you would like to know more about the store, please clink on the link below to see an article in the Royal Oak Review about the store.

Here are two of my friends, Tania and Lindsey, who are visiting the store.

I just reviewed a book that I read back in 2004 and oh my gosh was it painful to hear all the advice I should have heeded, but didn’t.  If you still have hopes of building a career, I recommend you take a look at this book.  It has so much good advice and is very readable.  Although my corporate career is over; I’m embarking on a new career as an author, speaker and blogger; and this time I’m going to pay closer attention to the advice in this book.

Since I am a long time fan of Sherlock Holmes, I had to see the recent movie, “Mr. Holmes”.  I found the story ok, but not up to the Basil Rathbone and Jeremy Brett productions, but still the acting was amazing.

And this story didn’t do much for me; but Meryl Streep was absolutely amazing. 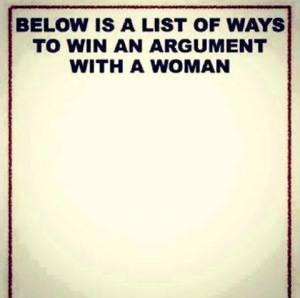 Only 12 people voted in last week’s poll.  Four of you thought about writing a book and another four of your started writing a book, but never finished.  So 2/3s of us wanted to write a book but didn’t.

Of the remaining four, 1 never wanted to write a book, two wrote and published a book; but the book did not sell over 100 copies.  And congratulations to the one of us who wrote, published and sold more than 100 copies of their book.  Well done. My understanding is that 93% of all books published, sell less than 100 copies so this is an extraordinary accomplishment.

If you work for an organization where it is difficult for you to take a day off from work because you don’t feel well; perhaps, this joke will cheer you up.

And if you think you have a bad job; well look below and perhaps you will reconsider.