Normally, I post something different each week; but I’m going to stay with Viva la France again this week.

Keep Calm and Carry On is a little book of motivational quotes.  The title coming from a motivational poster produced by the British government in 1939 in preparation for the Second World War.  The book came out in 2009 and I first read it in 2010.  It doesn’t take long to read it, since it is just quotes.  But the title appealed to me during these troubled times. 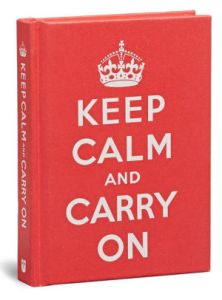 You can read more about the history of the motivational quote used as the title for this book on Wikipedia.  Just click on:

Sometimes the world is so disturbing, that one alternative to depression is to dance.  I think I’m going to dance now.

I guess I’m not the only one feeling the need to dance.  Click on the link below and scroll down a little past the history and you will see some performers from the past dancing to Uptown Funk.

Napoleon dominated European affairs for over a decade while leading France against a series of coalitions in the Napoleonic Wars. He won most of these wars and the vast majority of his battles, rapidly gaining control of continental Europe before his ultimate defeat in 1815. One of the greatest commanders in history, his campaigns are studied at military schools worldwide and he remains one of the most celebrated and controversial political figures in Western history.

In civil affairs, Napoleon had a major long-term impact by bringing liberal reforms to the countries that he conquered, especially the Low Countries, Switzerland, Italy, and large parts of Germany. He implemented fundamental liberal policies in France and throughout Western Europe. His lasting legal achievement was the Napoleonic Code, which has been adopted in various forms by a quarter of the world’s legal systems, from Japan to Quebec. (Source:  Wikipedia)

I always appreciate those that leave comments on my weekly posts, since it encourages me to continue these posts.  Thank you Carol, Carolyn and Martilias.  Leaving a comment is easy, just click on “Leave A Comment”, which is immediately below the title of this week’s post.  And if instead of seeing “Leave A Comment”, you see “# Comments”, just click on that and scroll down to leave your comment.