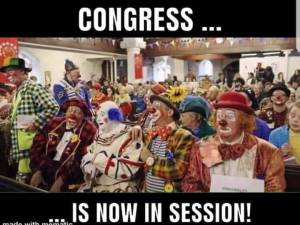 I debated with myself all week-long as to whether I should mention this book or not. Frankly, it contains a lot of X rated comments and I have tried to keep this blog PG. Another reason I hesitated to mention this book is because he believes 80% of white people are devils.

However, on the plus side Charlamagne is willing to consider all white people he encounters are in the 20%, until they prove otherwise. I think this is a good approach for all you folks out there that have it in for one group or another, and if you think 100% of any group are devils, I don’t think there is any hope for you. Also, Charlamagne presents some excellent advice that I found very compelling.

What I like about books is that they allow you to learn from and about people who you will never have any contact with because they are either from the past, the future some distant land, or from a circle you don’t travel in, yet you can still get to know them through their writings. 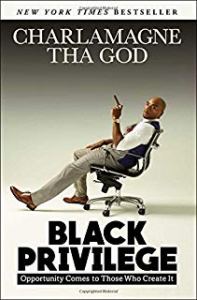 In Black Privilege, Charlamagne presents his often controversial and always brutally honest insights on how living an authentic life is the quickest path to success. This journey to truth begins in the small town of Moncks Corner, South Carolina, and leads to New York and headline-grabbing interviews and insights from celebrities like Kanye West, Kevin Hart, Malcolm Gladwell, Lena Dunham, Jay Z, and Hillary Clinton.

Black Privilege lays out all the great wisdom Charlamagne’s been given from many mentors, and tells the uncensored story of how he turned around his troubled early life by owning his (many) mistakes and refusing to give up on his dreams, even after his controversial opinions got him fired from several on-air jobs. These life-learned principles include:

-There are no losses in life, only lessons
-Give people the credit they deserve for being stupid—starting with yourself
-It’s not the size of the pond but the hustle in the fish
-When you live your truth, no one can use it against you
-We all have privilege, we just need to access it (Source: Amazon)

All this week I have just been watching the TV shows or movies that I have mentioned. If you found a movie or TV show that you found particularly interesting, why not mention it in the comments session so that we can all check it out.

I Can’t Get No Satisfaction

By The Rolling Stones

I understand that on the planet Vulcan, they have a painting very much like the Mona Lisa that is in Paris. 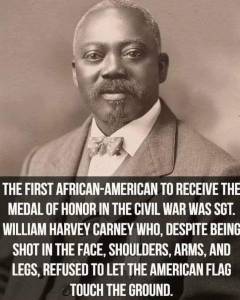 William Harvey Carney (February 29, 1840 – December 9, 1908) was an African-American soldier during the American Civil War. Born as a slave, he was awarded the Medal of Honor in 1900 for his gallantry in saving the regimental colors (American Flag) during the Battle of Fort Wagner in 1863. Because his actions preceded those of other medal honorees, he is considered to be the first African-American to be granted the Medal of Honor.

Carney joined the 54th Massachusetts Volunteer Infantry in March 1863 as a sergeant. He took part in the July 18, 1863, assault on Fort Wagner in Charleston, South Carolina. His actions there ultimately earned him the Medal of Honor.

When the color guard was killed, Carney retrieved the U.S. flag and marched forward with it, despite multiple serious wounds. When the Union troops were forced to retreat under fire, he struggled back across the battlefield, eventually returning to his own lines and turning over the colors to another survivor of the 54th, saying, “Boys, I only did my duty; the old flag never touched the ground!” He received an honorable discharge due to disability from his wounds in June 1864. (Source: Wikipedia) 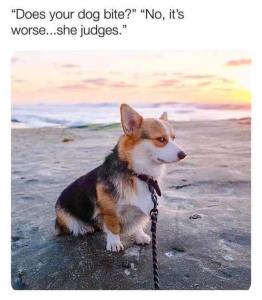 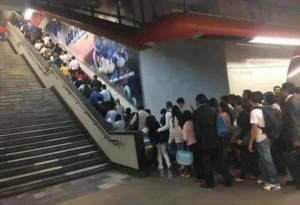 Just in case you are having a hard time getting someone to go camping with you, perhaps here is an idea that will help. 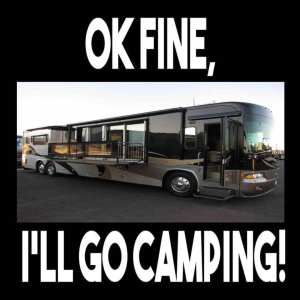 Some support of evolution

I think this is so absolutely clever 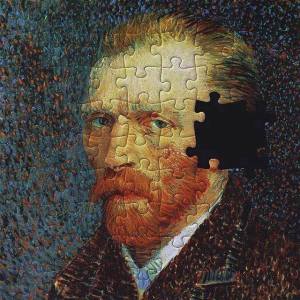 Do you reflect on how you have spent the time given you so far during your life?

Have you ever watched a Samantha Brown travel show?

Total Votes: 12
Did you find the music of The Woodwork band interesting?