Don’t Let This Happen To You 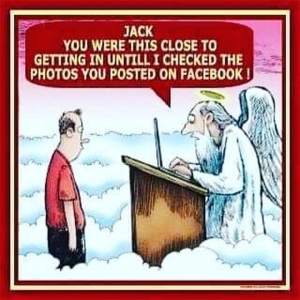 I found this to be a very enjoyable read, plus lots of pictures.

How The Barbarian Invasions Shaped The Modern World

How the Barbarian Invasions Shaped the Modern World is a richly detailed chronicle that brings to life the personalities of Attila the Hun, Alaric the Goth, Genghis Khan, and many other barbarian kings and chieftains whose rampages across Europe, Asia, and North Africa changed the course of history.

In this highly readable and authoritative book, author Thomas J. Craughwell draws upon the latest historical and archaeological research to reveal the impact of the barbarian invasions on the modern world, including the establishment of the English language, the foundation of world capitals such as Dublin, and the introduction of gunpowder to Europe. The book is Illustrated with more than 100 archival images gathered from around the world. The text is written in a narrative fashion, with anecdotes and vignettes to engage the reader’s imagination.

I’ve seen this film a couple of times and watched it again last week and it is still pretty funny. 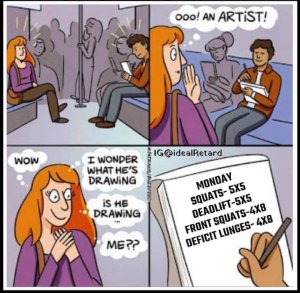 This reminds me of the time I had a “rim cabin” at the Grand Canyon. Although I was on vacation, I had a document I needed to review and comment on. I was sitting there reading and highlighting the document with a large blue highlighter and glancing at the Canyon every so often.

A lady walked by and I remember her words. She said, “Is it permissible to look at your work?” Since it wasn’t a confidential document, I said ok. She walked up to where I was sitting, looked at my work, and just walked away. I never forgot the disgusted look she had on her face.

Only then, did it occur to me that she thought I was an artist, especially as I was holding a large blue highlighter.

Don’t believe that Alice Cooper song, No More Mr. Nice Guy. He is a really good guy. He was in the local Royal Oak, Michigan National Coney Island with his family. As they were leaving, a fan came up to him. Alice Cooper stopped and took time for a photo with his fan.  How many celebrities would do that, in fact how many celebrities would be an a local coney without security and their entourage.

Alice Cooper (born Vincent Damon Furnier; February 4, 1948) is an American singer, songwriter, and actor whose career spans over fifty years. With his distinctive raspy voice and a stage show that features guillotines, electric chairs, fake blood, deadly snakes, baby dolls, and dueling swords, Cooper is considered by music journalists and peers alike to be “The Godfather of Shock Rock”.

Originating in Phoenix, Arizona, in the late 1960s after he moved to Detroit, Michigan, “Alice Cooper” was originally a band consisting of Furnier on vocals and harmonica. In 2011, the original Alice Cooper band was inducted into the Rock and Roll Hall of Fame.

Furnier adopted the band’s name as his own name in the 1970s and began a solo career with the 1975 concept album Welcome to My Nightmare. Expanding from his Detroit rock roots, Cooper has experimented with a number of musical styles, including art rock, hard rock, heavy metal, new wave, glam metal, and industrial rock.

Cooper is known for his sociable and witty personality offstage, with The Rolling Stone Album Guide calling him the world’s most “beloved heavy metal entertainer”. He is credited with helping to shape the sound and look of heavy metal, and has been described as the artist who “first introduced horror imagery to rock’n’roll, and whose stagecraft and showmanship have permanently transformed the genre”. Away from music, Cooper is a film actor, a golfing celebrity, a restaurateur, and, since 2004, a popular radio DJ with his classic rock show Nights with Alice Cooper. (Source: Wikipedia)

Isn’t this the truth. 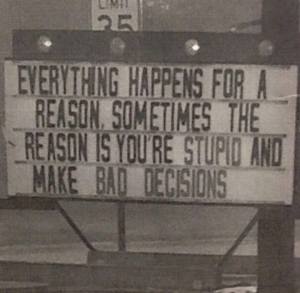 Have you read G. Orwell’s Book?

The book is 1984 and it describes how in a fictional future, individuals are controlled and monitored by the government–you really should read it unless you wish to controlled.

Have you ever read any books about the fall of the Roman Republic?

Total Votes: 15
There is a saying that those who don’t know history are condemned to repeat it.
Have you ever seen the film “Terror By Night”?

You agree that the most hated sentence at a concert is, “Now we’re going to play a song from our new album.”

Total Votes: 16
Are you sometimes guilty of looking in the fridge for answers to your problems?

Regarding the news you receive from papers, media, social media, etc., do you question whether it is actually true?

Total Votes: 11
When it comes to doing things with people: