There were those who never came home 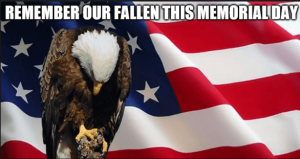 Beam Me Up, Scotty

By James Doohan with Peter David

I’ve read most of the books by the crew of the Starship Enterprise, but somehow missed this one. If you are a fan of Star Trek, you probably should read this book; otherwise, I doubt it will hold much interest for you.

All around the world, everyone knows “Scotty” — but far fewer know the true story of actor James Doohan, who has brought Starfleet’s legendary “miracle worker” to life for three seasons on television and in seven major motion pictures.

The actor who brought to life Star Trek’s engineering officer Montgomery Scott discusses his army service during World War II, his career, and relationships with his co-stars

The last season of one of my favorite shows.

I saw this video and it made me proud that I live in the USA. 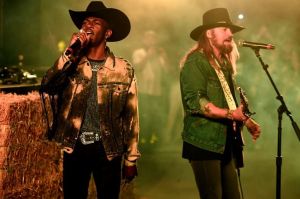 I was recently in this amazing mine and saw the unground lake, chapels and statues carved out of salt by the miners. Here are a few photos, which in no way conveys how marvelous this place is. I’m hoping these and other photos I have posted will encouraging you to travel somewhere you have never been. This was  my first trip to Poland and I thought the entire country was amazing. 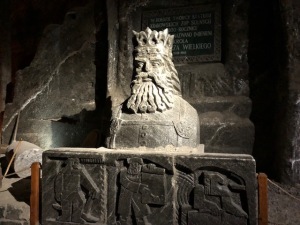 Huge Gallery Deep in the Mine 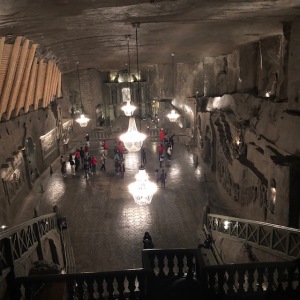 The Wieliczka Salt Mine, lies within the Kraków metropolitan area. Sodium chloride (table salt) was formerly produced there and had been since Neolithic times. The Wieliczka salt mine, excavated from the 13th century, produced table salt continuously until 2007, as one of the world’s oldest operating salt mines. Commercial salt mining was discontinued in 1996 owing to falling salt prices and mine flooding.

The Wieliczka Salt Mine is now an official Polish Historic Monument. Its attractions include the shafts and labyrinthine passageways, displays of historic salt-mining technology, an underground lake, four chapels and numerous statues carved by miners out of the rock salt, and more recent sculptures by contemporary artists. (Source: Wikipedia)

As much as I like traveling, it is always nice to have someone waiting for you when you return from a trip.

Nicolaus Copernicus (aka Mikolaj Kopernik (19 February 1473 – 24 May 1543) was a Renaissance-era mathematician and astronomer, who formulated a model of the universe that placed the Sun rather than the Earth at the center of the universe.

The publication of Copernicus’ model in his book (On the Revolutions of the Celestial Spheres), just before his death in 1543, was a major event in the history of science.

Copernicus was born and died in Royal Prussia, a region that had been part of the Kingdom of Poland since 1466. He obtained a doctorate in canon law and was also a mathematician, astronomer, physician, classics scholar, translator, governor, diplomat, and economist.

This is a picture I took of Mikolaj Kopernik’s actual house in Toruñ, Poland.

Our guide (Picture below) who told us she was a small child during the time of Kopernik, but remembered this story.

When Napoleon came to Toruñ, he asked the city leaders to show him Kopernik’s house. The city leaders had no idea where Kopernik had lived, since hundreds of years had passed. So they found an empty house, brought in some furniture and even a telescope (which had yet to be invited during Kopernik’s time). Napoleon was satisfied.

This lady certainly models the behavior of a caring and courageous person.

You can read more about her on Wikipedia, by searching for Adina Emilia De Zavala.

These are the top ten countries in the last year who have looked at this blog.

My homework was never eaten.

If I had it to do over again, I would have paid more attention when I was in school to grammar and spelling.

Have you ever read a book on ancient Rome?

Have you ever been to a classical music concert?

Total Votes: 18
Do you believe just following orders is an excuse?

Total Votes: 15
Do you sometimes find yourself worrying about things that don’t really matter?

In USA presidential elections in which you have voted:

I’ve voted voted for both Democrats and Republicans for President  57.14%  (8 votes)

I’ve never voted for anyone other than a Republican for President  14.29%  (2 votes)