First we encountered a gorilla.

Next, we encountered a giraffe

If that wasn’t enough, we came across a bear. 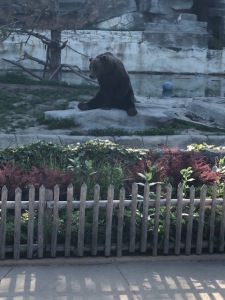 Then we saw an eagle

So, what kind of safari were we on? 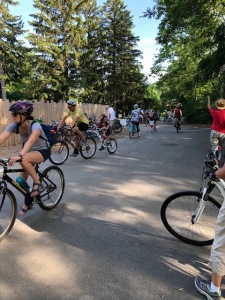 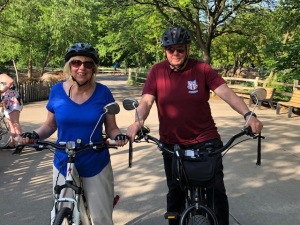 The next bike safari is July 11.

The Art of War Illustrated

The Art of War Illustrated is a new translation by James Trapp with case studies that provide expert military commentaries on the 13 parts of the original work. The case studies include battles and campaigns from throughout history and from every part of the world, offering the reader a relevant military context for each aspect of warfare and how that applies to military strategy and tactics.(Source: Barnes & Nobles)

I just really like this Canadian (CBC) show and watched a number of re-runs last week.

I’ve probably used this song before, but it is so upbeat that I thought I would use it again. 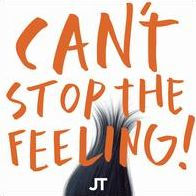 Floral design or flower arrangement is the art of using plant materials and flowers to create a pleasing and balanced composition. Evidence of refined floristry is found as far back as the culture of ancient Egypt. Professionally designed floral designs, arrangements or artwork incorporate the elements of floral design: line, form, space, texture, and color, and the principles of floral design: balance, proportion, rhythm, contrast, harmony, and unity. (Source: Wikipedia)

I’ve heard from a very reliable source that Cindy is very good at flora design.

There is a lot of talk today about the government using the tax dollars of working men and women to pay off the debt that college students have incurred. Well, I guess we have all made purchases that on hindsight weren’t really worth the cost. Anyway, this week’s extraordinary people are the working men and women of the USA.

Rick Lawrence died last week and my condolences to his family and friends in the powerlifting community.  I really didn’t know him well, but I remember exchanging a few pleasantries with him at a number of contests and always found him encouraging and supportive. I’m sure his absence will be noticed at future contests. 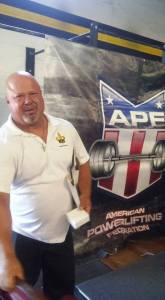 Many people have a hard time staying down-to-earth or being grounded. Perhaps, this will help those people as much as anything will. 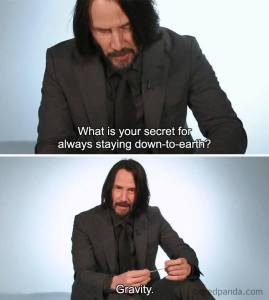 I suppose a quick glance at the above will have you thinking this is just a joke.

However, if you really think about it, you may reach another conclusion.

Last week I posted this under social traits.

I recall something one of my college professors said in the late 1960’s. It went something like this:

There are three kinds of people

Instinctive people, who simply rely on their instincts.

Educated people, who think they know; but they really don’t.

Then, there are the people who really know.

The interesting thing is that the people who really know think like the instinctive people.

The only difference, is that they know why they think that way.

Which do you prefer, “Alimony” or “Mony Mony”?

Have you ever heard of the Baby Shark song before now?

What do you think about the above joke?

Total Votes: 17
Do you allow the wait staff to bring things to your table, that you know you don’t want to eat?

Total Votes: 17
Do you believe most intellignt people are full of doubt and the less intelligent ones are full of self-confidence?

Total Votes: 14
Do you think cats are aloof?