Eddie Money, the prolific singer and songwriter whose songs “Baby Hold On,” “Two Tickets to Paradise,” and “Take Me Home Tonight” soundtracked popular music in the 1980s, has died after being diagnosed with stage 4 esophageal cancer (Source: Variety on Twitter) 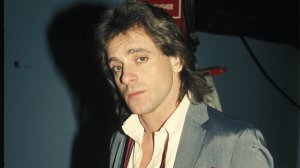 By Eddie Money with Ronnie Spector

perform on Late Show with David Letterman on October 6, 1988.

If you want to participate in the extreme sport of aging, I recommend you read this book or some other book about strength training for older people. Personally, I think 40 is a bit young; but if you are 60 or older you really need to make sure you are strong.

Strength Training for Life After 40

I’ve watched or more accurately, I’ve tried to watch, some films so I could recommend one to you; but, I was only able to finish one of the films. I certainly couldn’t recommend it to you. I would have never watched it; except that Snoop Dog was in the film. So, perhaps you want to check out some travel videos.

Another great loss this week.

Lead Singer of The Cars

(CNN) Ric Ocasek, lead singer of the new wave rock band The Cars, died Sunday in New York City, police said. He was 75. The Cars were a mainstay of MTV in its early days.

Ocasek married supermodel Paulina Porizkova after the two met while shooting the video for 1984’s “Drive.” The couple last year announced their separation. They had two children together.
He was known for his mop of black hair and black sunglasses, which featured in many of the band’s videos, including “You Might Think” in 1984.
Ocasek and The Cars were inducted into the Rock & Roll Hall of Fame in 2018.

The Many Faces of Mona Lisa 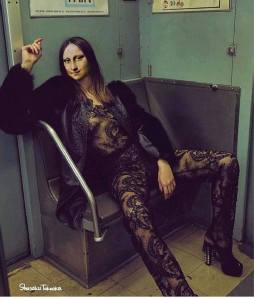 Quanah Parker (c. 1845 or 1852 – February 20, 1911) was a war leader of the Quahadi (“Antelope”) band of the Comanche Nation. He was the son of Comanche chief Peta Nocona and Cynthia Ann Parker, an Anglo-American, who had been kidnapped as a child and assimilated into the tribe.

Following the apprehension of several Kiowa chiefs in 1871, Quanah emerged as a dominant figure in the Red River War. With European-Americans deliberately hunting American bison, the Comanches’ primary sustenance, into extinction, Quanah eventually surrendered and peaceably led the Quahadi to the reservation at Fort Sill, Oklahoma.

Quanah Parker was never elected chief by his people but was appointed by the federal government as principal chief of the entire Comanche Nation, and became a primary emissary of southwest indigenous Americans to the United States legislature.

In civilian life, he gained wealth as a rancher, settling near Cache, Oklahoma. Though he encouraged Christianization of Comanche people, he also advocated the Native American Church alternative, and passionately fought for the legal use of peyote in the movement’s religious practices. He was elected deputy sheriff of Lawton in 1902. After his death in 1911, the leadership title of Chief was replaced with Chairman; Quanah is thereby described as the “Last Chief of the Comanche”.

He is buried at Chief’s Knoll on Fort Sill. Many cities and highway systems in southwest Oklahoma and north Texas, once southern Comancheria, bear references to his name. (Source: Wikipedia)

You may have to be a Star Trek fan to get this one.

This may be unpleasant to some, but it is something you need to think about.

Ain’t The Way to Die

An advance healthcare directive, also known as living will, personal directive, advance directive, medical directive or advance decision, is a legal document in which a person specifies what actions should be taken for their health if they are no longer able to make decisions for themselves because of illness or incapacity. In the U.S. it has a legal status in itself, whereas in some countries it is legally persuasive without being a legal document. (Source: Wikipedia) 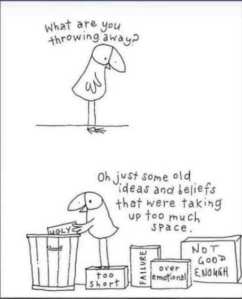 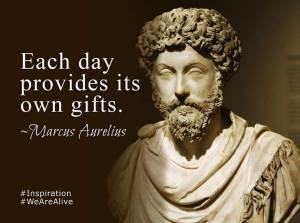 I encourage you to see your own country as well as the rest of the world. Here is a video clip of pictures that Carol took when we visited San Antonio, Texas, back in 2017. I hope it encourages you to visit places, especially somewhere you haven’t been to before.

How is your grammar?

Regarding Star Trek: The Next Generation

Total Votes: 16
Do you believe that those who don’t study history are likely to repeat history?

Total Votes: 16
Do you believe in yourself?