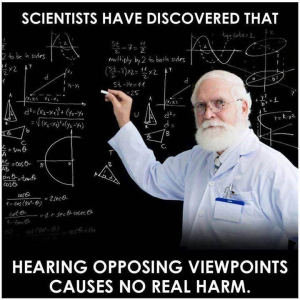 Ben Franklin is one of the most interesting people in history and I believe he remains an inspiration to anyone today who knows about his life. This particular book is one of the best ways I know of to learn about Franklin.

Reading this book will be an investment, as it is over 400 pages; however, I believe you will receive a good return on your investment. 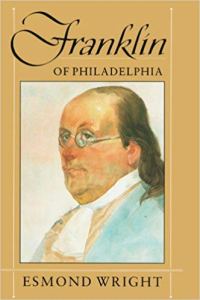 The most original and most delightful of the Founding Fathers, Benjamin Franklin was publisher and printer, essayist and author, businessman and “general,” scientist and philologist, politician and diplomat, moralist and sage―and a thoroughly rational patriot who was a major force in winning his country’s independence and securing its life in the Constitution.

Born poor in Cotton Mather’s Boston, he was soon at ease in Quaker Philadelphia, and later in royal London, and in elegant Paris. Born with no advantages, he died wealthy and esteemed. He was the quintessential American, almost totally free of the limits of his environment, ready to accept any challenge, to speculate, experiment, and question. (Source: Amazon)

I’ve been watching old Twilight episodes and came across this one, that I saw back when it was first aired. It really has something to say.

A Game of Pool

Last week’s poll indicated that two-thirds of us often feel we are in too much of a hurry and need to slow down. I hope this song helps.

I’m in a Hurry

I was in Scotland back in 2014 to run a half-marathon in Edinburg. Afterwards, I visited a few other areas of Scotland, but so disappointed I miss seeing this. I will have to return to Scotland.

The Kelpies in Falkirk, Scotland

The sculptures were designed by sculptor Andy Scott and were completed in October 2013. The sculptures form a gateway at the eastern entrance to the Forth and Clyde canal, and the new canal extension built as part of The Helix land transformation project. The Kelpies are a monument to horse-powered heritage across Scotland.

The sculptures were opened to the public in October 2013 . As part of the project, they will have their own visitor centre, and sit beside a newly developed canal turning pool and extension. This canal extension reconnects the Forth and Clyde Canal with the River Forth. (Source: Wikipedia)

I actually saw him in person, once when I was rather young.

Dwight David “Ike” Eisenhower (October 14, 1890 – March 28, 1969) was an American army general and statesman who served as the 34th president of the United States from 1953 to 1961. During World War II, he was a five-star general in the Army and served as Supreme Commander of the Allied Expeditionary Force in Europe. He was responsible for planning and supervising the invasion of North Africa in Operation Torch in 1942–43 and the successful Invasion of Normandy in 1944–45 from the Western Front. 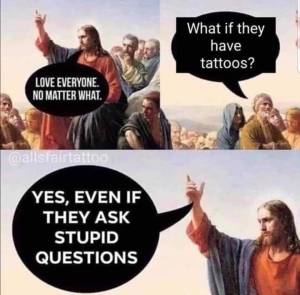 Which version of Kung Fu Fighting did you like best?

Do you feel you are often in too much a hurry and that you need to slow down?

Total Votes: 19
Are you for or against term limits for all political offices?

Which best represents your life?