Checking on the Elderly

It is so important for you to check on your elderly family members and friends. As for me,

I think you will find a lot of wisdom in this book, and little yoga. 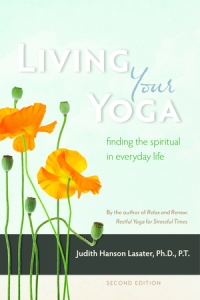 Using the time-honored wisdom of the Yoga Sutra and the Bhagavad Gita to steer the course, [this book] serves up off-the-mat practices to guide you in deepening your relationships with yourself, your family and friends, and the world around you. (Source: Book’s back cover)

This is definitely not a comedy, but I think it is well worth watching.

The Acropolis of Athens is an ancient citadel located on a rocky outcrop above the city of Athens and contains the remains of several ancient buildings of great architectural and historical significance, the most famous being the Parthenon.

The term acropolis is generic and there are many other acropoleis in Greece. During ancient times it was known also more properly as Cecropia, after the legendary serpent-man, Cecrops, the supposed first Athenian king.

While there is evidence that the hill was inhabited as far back as the fourth millennium BC, it was Pericles (c. 495–429 BC) in the fifth century BC who coordinated the construction of the buildings whose present remains are the site’s most important ones, including the Parthenon, the Propylaea, the Erechtheion and the Temple of Athena Nike.

The Parthenon and the other buildings were seriously damaged during the 1687 siege by the Venetians during the Morean War when gunpowder being stored in the Parthenon by the Ottomans was hit by a cannonball and exploded. (Source: Wikipedia)

Emma Peel is a [British] spy. She was born Emma Knight, the daughter of an industrialist, Sir John Knight. She is the crime-fighting partner of John Steed.

Peel is a strong heroine; she is rarely defeated in fights and is capable of rescuing Steed if he is in trouble. She is a master of martial arts and a formidable fencer. A certified genius, she specialises in chemistry and other sciences. She is often seen engaging in artistic hobbies and had success in industry at the helm of the company of her late father, Sir John Knight.

Her husband, Peter Peel, was a pilot whose plane had disappeared over the Amazonian forest. He was presumed dead for many years, and Peel went on to work with Steed.

She drove a convertible Lotus Elan at high speeds, and convincingly portrayed any series of undercover roles, from nurse to nanny. Her favourite guise was that of a women’s magazine reporter, trying to interview big business tycoons and rich playboys. (Source: Wikipedia) 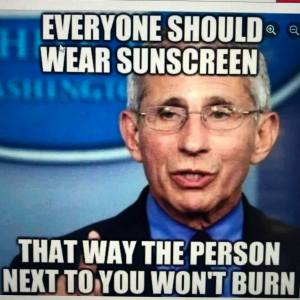 But it does make the point that many of us believe what we are told unquestionably.

It is just my own opinion, but I think many of the restrictions did far more harm than good. But, I leave it up to you to form your own opinions about all the restrictions that government decided to impose on you rather than letting you decide what is in your own best interests. Please remember that one size rarely fits all.